All Babies Want to Get Borned! And this One (Finally and Thankfully) Did! 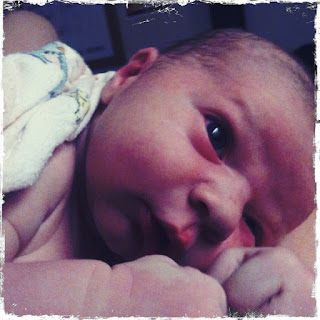 9:00am 6/7/11 at work and i started feeling pretty regular unpleasant contraction-y type pangs. around 11:00am decided to head home and see my OB to evaluate…and i leaked all kinds of lady parts juicy juice on my way home in the car. still unconvinced that this was anything but braxton hicks and my body finally giving up and just peeing itself, i wasn’t all together convinced i was in labor.

however, by 2:00pm when i went to see my OB, i was contracting every 4-8 mins or so. he confirmed in the office that the aforementioned juicy juice was in fact amniotic fluid (and not urine, thank you very much). but there was plenty more fluid to be unloaded and all that had come out to that point was from a “forebag.” (i think this is something like a fendi bag).

to man’s best hospital by 3:00pm, triaged. was 3cm dilated and 80% effaced. ultrasound estimated baby at about 8 lbs 3 oz. confirmed head was down. admitted. relaxed (mostly) and watched “spaceballs” with robb and sister erica while fighting through growing contractions. they broke the rest of my “bag of waters”and we made one hell of a mess. custodial staff was kind enough to mop up around me before the furniture in the room started floating. 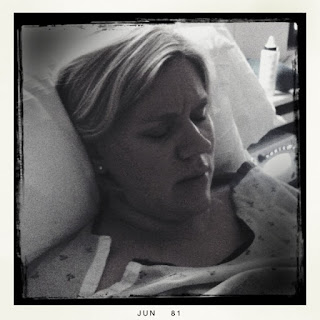 sometime in the next couple of hours the pain was getting worse and contractions were coming more often. when i was dilated to 4cm, i got my (GLORIA IN EXCELSIS!) epidural. and it was awesome. at that point, the only indication i had that i was having a contraction was a gush of (yet more- how could this all have been in me?!) fluid and watching the monitors. 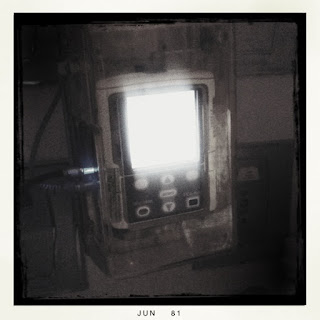 this lasted for a while. contractions slowed down a bit, so my OB started some pitocin to move things along. twice the epidural wore a little thin on one side or the other and i got another little added dose of it (bolus) and all was well again.

things went marching along, dilating and effacing further until about 1:00am when the pressure really started building (you can feel “time to push!” pressure through an epidural, just not the other miserable pains). i was 9cm dilated and the head was oh so close to the outside world.

i pushed for about 40 minutes and much to my shock (since i was watching all this in a mirror and swore upside down and backwards that progress was in fact NOT being made and that all my support staff in the room were liars telling me things were happening…) out HE came! the cord was around his neck loosely and his head had spent a good deal of time wedged in my pelvis, but his heart rate never changed and he was no worse for the wear. i had just a few tiny tears that needed patching up afterwards, but swelling and pain from that is already going way down. all told, i labored for only about 12 hrs and all but a few minutes were extremely relaxed. it was a great birth. 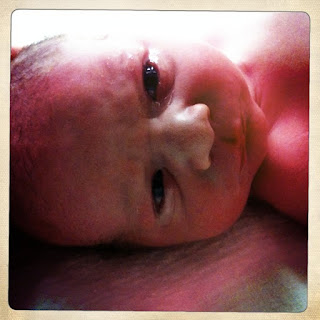 so out he came in all his little red glory! perfect and healthy and happy. 7 lbs 10 oz, 21″ long. born at 2:32am. they put him neked right on my chest and we spent a good deal of time that way. he rated high on his APGAR and passed all tests with flying colors. he was easy going and rolled with all the prodding and vitamin k shot and eye goop and exams and everything. 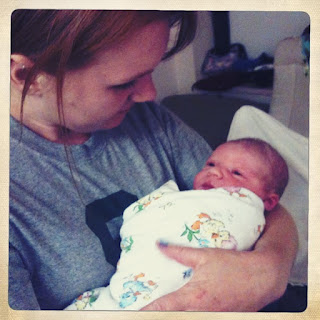 today his tiny cone head is looking more appropriately human shaped and we’re working on nursing. family and friends have started coming by and it is roundly agreed that he is a keeper. he is sweet and adorable and looks around at everything very intently. it is already apparent that he is brilliant and will be a prodigy and will likely win some sort of combo pulitzer/fulbright/rhodes award at some point later in life. maybe by middle school.

we are feeling extremely thankful and blessed. and our unbiased opinion is that he is the cutest baby in the history of babies. 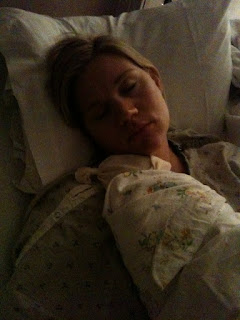