there will be no cake this year. henry is on a liquid diet and robb and i are cracking down on ourselves to start losing weight. so our cake will be kale. (yaaay).

but even sans cake baby hj is 1 month old today! and he’s gaining weight and height to prove it. we go to the pediatrician next week, so we’ll have official measurements then, but subjectively he is heavier and looks like a little chunker compared to where he started. in fact, when i’m fretting about nursing and not sure if he’s getting what he needs, robb just squeezes his torso and says, “well, he feels fat.” so there you go. and he is just taking up more space. not quite time for the race car bed already, but close. 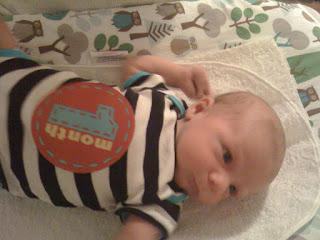 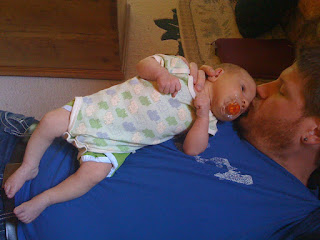 see? jowls that were not there at day 1. and look how long he is now!? 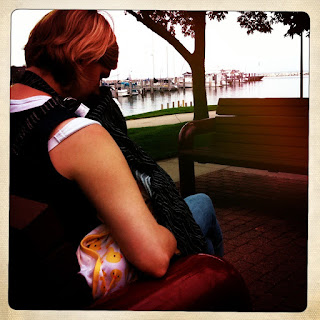 it’s hard to tell what’s happening in this picture, but it is special to me. it’s me on a pier by a lake nursing him with a cover. you can just see his blanketed little feet sticking out. this is the very same pier on which robb and i sat on october 5, 2008 (i know the date, cuz it’s our anniversary and we were there celebrating) and debated whether or not we wanted to have kids. we’d been married 6 years at that point and “weren’t getting any younger” so we had had the tough talk and decided, with giddiness, to go ahead and pull our goalie. like any naive youngsters, we assumed we’d be pregnant in a month and parents within the year.

it didn’t quite work that way. it took us almost 3 years with 2 miscarriages and some problems getting pregnant in there, BUT on july 2nd, 2011 we sat on the pier with our son and just smiled.