Juggling a Lot of Balls, Don’t Drop the Baby Ball 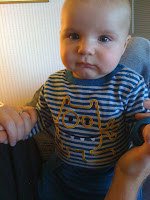 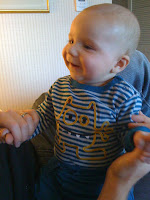 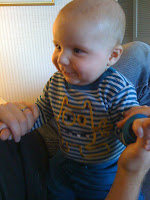 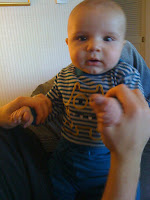 i said that i’m happier than i’ve been in my whole life. my heart feels full and content just watching him watch the world. and when he makes eye contact and smiles at me, every cell in my body does a happy dance. i want to spin around in joyful circles like when i was a little kid to make my dress swoosh around me.

but i also told her it’s the hardest thing i’ve ever done. i’m exhausted and stressed and short of time always and knee deep in filthy house and irritable at work and toward robb….

the thing is, all i do is think about, worry about and plan for henry. all i want to do is play with and care for him all the time. he is all consuming. but there are about a million other things i HAVE to do, too. and not enough hours to do it all in. working full time (plus) and nursing and otherwise mommy-ing while trying to keep a reasonably organized house and life and pay bills enough that at least the lights stay on and occasionally exercising and maybe even getting a haircut now and then all on 5 hrs of sleep…hard to do. i need a personal assistant and maid and trainer and cook. (the last one i sort of already have).

i’m learning to let things go and just to take those little hugs now, i can answer that email later or clean the floors later. and they’ll always send a notice before they shut the power off, right? 🙂

years ago when robb and i first started discussing whether or not we wanted to have kids, i was worried about how they might cramp my style. i was worried that they might interfere with my pursuits and try to steal things that are precious to me like sleep and going out to movies and restaurants and my youth and such. i was afraid i would become automatically mom-ish and un-cool after kids.

and i would tell people who are considering having kids that it is the GREATEST thing in the world (at least it is with my kid, can’t guarantee you won’t end up with a total pill, i guess). but that you have to be prepared to be totally, wholly consumed by the child and that everything else will fall back. it’s work you’re happy to do- even changing diapers and doing his laundry is enjoyable because it’s HIS and he’s great, but it is a lot of work.

i think because we waited so long, and then because we had all the problems we did in getting him here in the first place, we feel mostly prepared to make these sacrifices and make him our total priority. but it’s still hard sometimes.

and you really will just have to give up on trying to be cool. (robb would like to interject here, ahem, that i have never been cool, so this is not a loss). there is nothing cool about nursing bras. there is nothing cool about finding yourself in grocery store in sweatpants and sandals, hair pulled back, no makeup on singing loony songs into a shopping cart like crazy homeless cat lady.

but i guess i don’t care anymore. if he smiles at my songs about henry monkey tails, it was totally worth the strange look i got from the teenage bagger.