Things “They” Were Not Kidding About 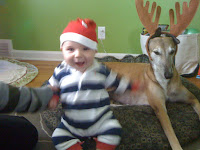 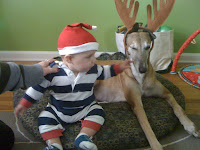 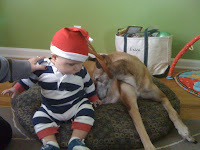 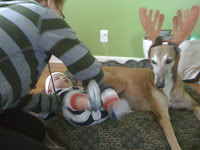 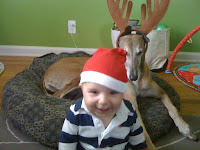 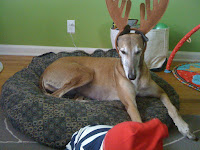 people always gave us advice when we were working on hatching a henry on the ways kids would change our lives. it’s every bit as knock-you-over joyful and as pull-your-hair-out stressful as they described.

and here are specific things they were totally right about. some of these i thought were silly and i was ‘better than them/wouldn’t let them beat me down’ or thought they were myths. i now know better.

-daycare centers are total germ farms. these kids are disgusting. rivers of snot in all the colors of the snot rainbow flows everywhere. everything goes in these little gremlins’ mouths. including parts of each other. g-r-o-s-s.

-dogs who came into the family long before the babies showed up WILL act up once the baby is permanently established in the house. it’s to be expected, as they will be big time ignored. my greyhound dog, mia, whom we’ve always called “saint mia” as she’s about the most lazy, docile creature on the planet, is making me nuts. she used to be my little shadow, and i found it endearing. now, i find her under foot. also, she’s taken to eating one of henry’s toys every day. and she regularly besmirches the basement floor. sigh. we won’t be those people who get rid of their dog once their kid shows up. and we still adore her. i just have less patience and tolerance for my 4 legged baby now that i have a 2 legged monster in the house.

-first grandbaby on both sides? good Lawd. he is spoilt rotten! 53″ teddy bear from grandpa? what baby could live without one of those, right? need i say more?

-you will eventually cave and that child will be “sleeping” with you in your bed, probably partially on your person. tiny fists will fly and he will thrash around like animatronic chicken on your chest. but this “sleep” is still better than no sleep at all. (plus, come on, he’s so freaking snuggly and warm and cute! we are weak, weak people).

-and that goes with “you will retract all of the I WILL NEVER…” statements you’ve ever made regarding having children. we’ve barely started and we’re already suckers. every day. cute grin and pink cheeks go a long way to modifying our will power.

-you will spend a ridonculous amount of money on pics the first year. absurd, really. and at some point when you’re looking around your house at the 11 x 14’s and multi-pic frames filled to the brim with your first-born you will wonder what will happen to subsequent children. maybe a stick-figure drawing tucked somewhere in the back of a closet. but no worries, how could anything ever be as cute as this first tiny heiny, really?

-you swore SWORE you would not get so wrapped up in parenting garbage that you couldn’t have a real conversation about anything else, but you find yourself waxing feeding schedules with your accountant and nipple butter with your boss. and…you just don’t care.

because your priorities have been totally upended. and that’s ok. in fact, it’s really awesome.