Ten Can Do Any…then’! Happy Easter! 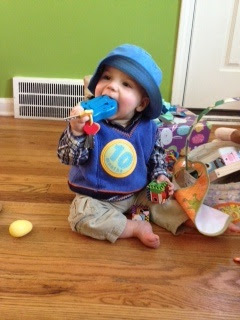 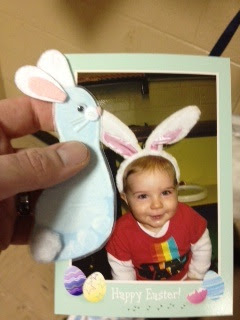 so big, so busy. crawling everywhere. pulling himself up on things and occasionally letting go and just hanging there in space for a moment. he’s got really good balance and he’s using every muscle in his body all the time. he’s like a tiny joseph pilates. if i followed him around all day and did what he does, sustaining hovering poses, righting himself using only abdominal muscles, etc, i would have abs of steel. i wouldn’t exactly say he has abs of steel- but he’s getting lithe and tight for sure. 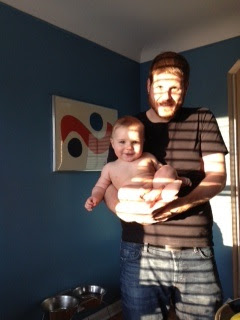 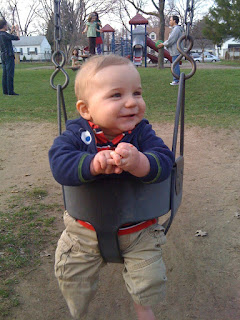 he’s also communicating with head shaking (not sure he knows what it means, but he is very enthusiastic about it) and the earliest hints of some of the signs we’ve been trying to teach him. he claps, he sticks his tongue out, he points and indicates when he’s done (sometimes by articulating his distaste for something by fake gagging and spitting and carrying on). 🙂

he’s more sweet and fun and happy every day. 9 months was amazing, let’s see what 10 brings! 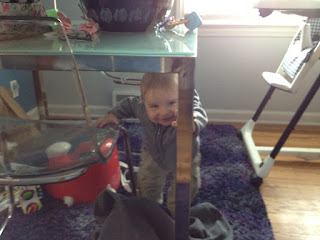