Flying Monkeys? Not This Time. 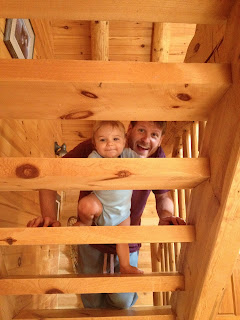 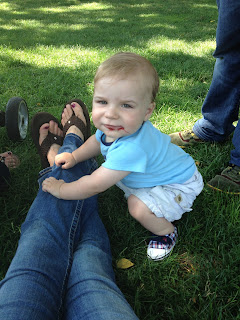 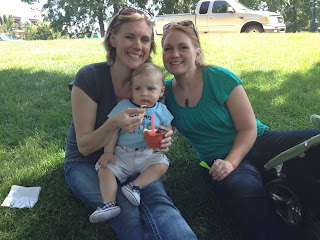 well, this is sort of our month of vacations. long weekend up north last weekend with family and friends- we had the most funnest of fun times. beautiful weather, great company and happy babies. we were on the river in a peaceful cabin in the woods and hiking around a gorgeous island…bliss.

then this weekend we were SUPPOSED to be flying to seattle to visit family and friends and see the cool city, but robb’s back is in bad shape from a herniated disc (fall off a bike at high speeds whilst training for a race) and cannot tolerate the time in the plane. he can stand, he can lie down, he just can’t really sit.

so between the threat of robb getting jumped by concerned citizens for constantly leaving his seat on the airplane and the threat of henry monkey having a 5 hr long meltdown on the plane because he also can’t get down and walk, making us those people with the crying baby on the plane, and all of it giving me a nervous breakdown…we canceled the trip. we might reschedule in the fall. we’ll see. i really want to get out there. i’m pretty disappointed.

so, instead we’re staying home and making the most of it. robb and i had a sushi lunch today and i’m getting a massage in a little while. and then we might go to a museum. and then later in the weekend to the beach for a little r & r in a b & b. we realized we (dumb, so dumb) haven’t spent a night away together since having henry. so it will be nice to have a meal where no one is throwing avocado in our hair and to be able to sleep in a bit in the morning. 🙂

mr. man candy is BUSY lately! he’s pretty much walking now. he can clear a room, but still stumbles if tired or crabby or realizes people are watching him. he’s having more temper tantrums when he doesn’t get what he wants (which, by the way, is totally random stuff- like he points at something on the table and i offer him the toys, the fruit, the books…NO NO NO…in desperation i give him the bottle of mustard. and he’s satisfied. wanted to mustard all along, naturally). and he’s jabbering away. when we go on a walk, he throws his arm up in a wave and yells “HI!” to anyone who passes on foot or in car. he is also now saying “mine” to everything that he has or covets. 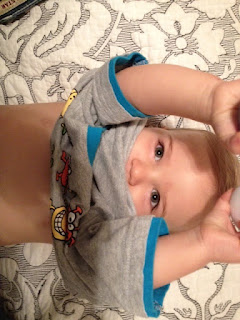 it’s so cool seeing his little person come out of that baby face. i love these developments. they’re also making me want to drink. 🙂