He’s That Kid (Again) and Growed Ups Only Beach Vaca

so apparently all the super fun games we’ve been playing with henry where we steal something from him and say “mine!” to make him laugh weren’t maybe the best thing to teach a toddler.

he’s been saying it at daycare. a lot. and applying it to all the things he covets/takes. and he’s teaching the other kids.

next week he’ll be telling all the other 1 and 2 year olds about how sex works and the week after that, that there’s no santa clause.

(if you’re reading this, kristen or robb, i’m just kidding. there is definitely a santa clause, honey).

in other news, robb and i got away for an overnight to the beach while my (wonderful, awesome, amazing, superb, generous) parents watched the monkey. 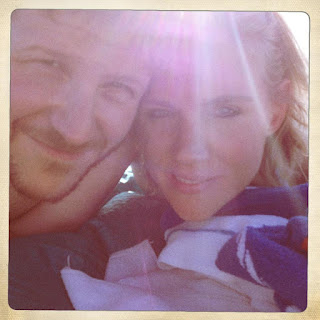 it was bliss. we talked about henry a lot and gazed at cell phone pics now and then, but we didn’t pine for him or leave early to come back or anything. and really it was just grand to be just the two of us for a while. and it wasn’t ‘like the old days’ because i think we didn’t take one second of it for granted (like we would have before we knew better). we just talked and talked and laughed and swam and drank and all things whilst not listening for anyone to wake up across the hall. we even slept a whole consecutive 8 hrs.

this was our first time away together. we didn’t really mean to wait this long, it just happened. and henry did just fine without us. of course he’s getting molars now, so he’s in beast mode all the time, but he and my parents survived each other beautifully. our 10th anniversary is in the fall. we’re thinking of traveling sans baby monsters again.

what else is new? temper tantrums a ‘plenty. full on fists bunched, howling, boneless to the floor. now that he’s officially walking (video soon), he wants to walk ALL the time and woe unto anyone who tries to pick him up. he also just started giving kisses. he blows kisses when leaving and kisses his stuffed animals audibly. the only kisses i get are still all open mouthed with teeth and tongue (eww), but we’re working on it. 🙂 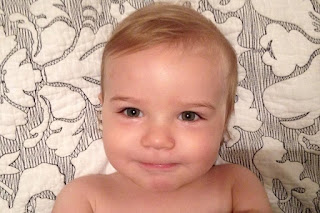