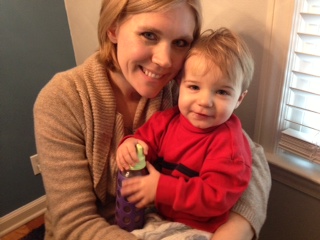 i have to admit that when i found out henry was a boy, which was, incidentally, when his tail end made its way out of my parts and into the world and robb said “IT’S A BOY” and he then went from an “it” to a “he” and, soon, to a “henry”- i was a little freaked out.

i mean not really about him as a boy baby. at that stage, when he was all new and still red and shellacked with birthy stuff, i had no idea how to take care of a baby of either sex. what i was worried about was what would come later. how i would raise him to be the things i think a man should be (funny, kind, wise, responsible, respectable) and to know the things a man should know (how to find his way around both a kitchen and a garage, make good popcorn, give great hugs).

i had a bunch of sister and girl cousins. what would i do with a boy person?

i guess so far it hasn’t really been something i’ve had to worry with too much. possibly it’s because he’s so young and isn’t yet on the hook for gender stereotypes and sex relation issues and such. i don’t even yet have to worry about taking him with me into the a public restroom and having his presence scandalize anyone. and i haven’t caught him deliberately peeing on the dog or anything. yet.

but, anyway, i read this article called “25 rules for moms with sons” it all is intuitive but very important and i’m doing what i can to live by pretty much all of them. and i found it fun and reassuring. i thought i’d share it with you. and after you read it, correct me if i’m wrong, but i think if henry had been a girl person instead of a boy, i would have followed the same rules and mom’d him in much the same way as i’m mom-ing him now. so, there you go. all worked up for nothin’.

with the possible exception of all the ridiculous things i’m sure to do when i try to potty train him. all moms try to get their little boys to wipe their little peners with a little swab of toilet paper after they pee until dad (thankfully, never soon enough) comes along and teaches both of you the gently shake-it-dry method.

and i’m totally not into sports, but i swear, if h monkey is, i will make myself get into them. i will stay one chapter ahead of him in “the idiot’s guide to basketball” or whatever it takes. that’s love.