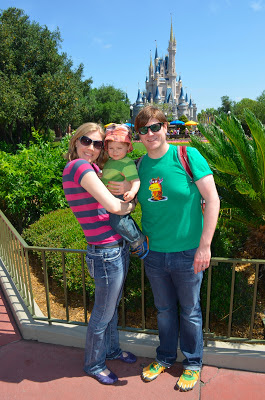 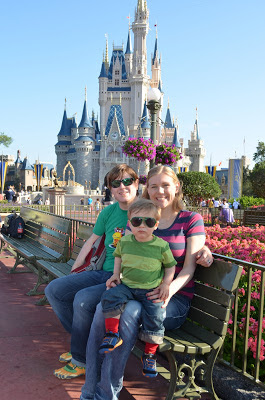 what does a pirate say, henry? “arrrrrr, matey! yo ho ho….” he also will walk up to you now and bonk his forehead against yours like ‘crush’ and ‘squirt’ do in ‘finding nemo.’ DUUUUUUUDE. and if you ask him how his lucky fin is, he’ll flop to his side and say “LUCKY!”

so, yeah. he liked disney.

we all did. it’s the most fabulous, magical, bitchin’ place on the planet. i think that’s the motto, right?

and boy, did we do it up right!

my parents got us some very swanky digs on the property with a kitchen and tons of luxurious space, so we spent a good deal of time there, enjoying each other and the views and the pool and making our own food (it’s nice not to have to go out EVERY meal). henry played with a few balloons his aunt got him for about 36 hrs straight. he also got some nemo toys and a kermit doll. overall, i was really pleased with the self-control my family displayed (mostly my dad, who suffers from spoilin’em disease more than anyone i know) in NOT buying him any 4′ tall plush animals.

we spent the first few days in magic kingdom (new fantasyland stuff still being finished, but what they have so far – COOL), animal kingdom and epcot. henry loved the shows (the ‘finding nemo’ puppet/people show is broadway quality, amazing, all part of your park ticket price) and only got a little nervous on the rides that got really dark. and his nervous just means he squeezes you tightly around the neck and presses his face into your shoulder, so you know…we went on lots of dark rides. 😉 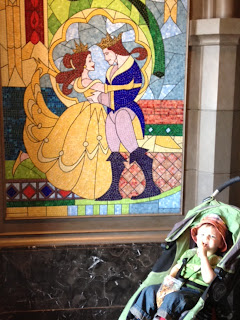 then robb and i went to tampa for a triathlon for team in training (fundraising charity for leukemia and lymphoma society). he did great! and it was beautiful and totally fun there. back at the ranch, my parents and sister hung out with tiny man and they had a ball at the rest of the parks. 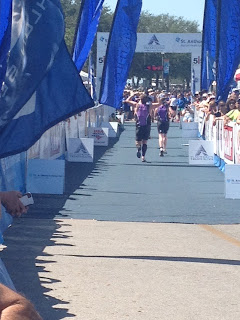 we had been worried at one point that henry might be too young for this, that he wouldn’t remember it, that he’d be overstimulated, blah blah shmackety, but no worries. he was in his bliss. and he behaved great.  he held up beautifully. no more tantrums than we have at home, without all that stimulation and odd hours, so that was good. it didn’t hurt that we had 5 to 1 adults. and maybe he just knew that mickey was watching. always watching. 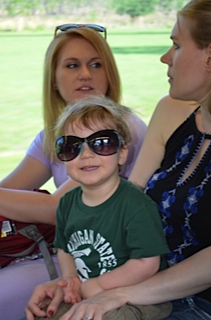 so it was just amazing. relaxing and fun and perfect. it’ll be fun to see how his experience will be different next time he goes. he’ll be bigger and his interests will change. but if he’s like us, he won’t ever be too old to be RIDICULOUSLY excited to be there.

thanks many MANY to my parents for an amazing trip! and for the promise of going back in the not too distant future! 🙂