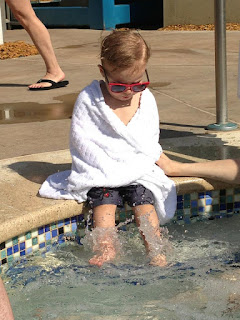 well, tiny dictator is a scream lately. he knows exactly what he wants and spends much of his day demanding it. we get a lot of “THAT” and, more often, “NOT THAT.” and lately he’s labeling everything ‘henry’s _____.’ it’s usually fine when it’s ‘henry’s toy’ or ‘henry’s apple.’ but sometimes it will be ‘henry’s car’ or ‘henry’s tree.’ cute, unless he really expects to be able to keep for his very own anything that he puts dibs on, then it will be ‘henrys disappointment in life.’ 🙂

(i will not get him an oompa loompa. i have to put my foot down somewhere….ok, maybe just a small one….but i’m NOT getting him the matching dream car and mansion. will not. )

over all, he’s just doing great. more and more verbal and physically coordinated. he is better and better at following multi-step instructions (i mean, if he’s decided that they’re good enough for him) and he usually uses polite language (pleases and thank-you’s) without being prompted. he says ‘excuse me’ if squeezing past you or if you sneeze/cough/burp around him. he also uses “NO THANK YOU” as a way to cut you off from doing anything he doesn’t like. it’s pretty funny/pitiful.

he’s almost 2 and i think i still look at him once or twice a day and think, ‘how did this happen? how is this person here and so wonderful?’ it just blows my mind that God would bless us with this much good. and i’m not taking any of it for granted. not a moment, not a silly face, not a temper tantrum even. i love it all.

(that’s not to say that we’re not working on overthrowing the tiny dictator with our guerilla parenting forces). 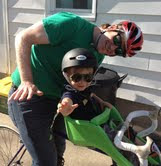