Anna Made all the OB Staff Banana(s) But Finally Made It Out Into the World; Here’s My Crazy Long Explanation How 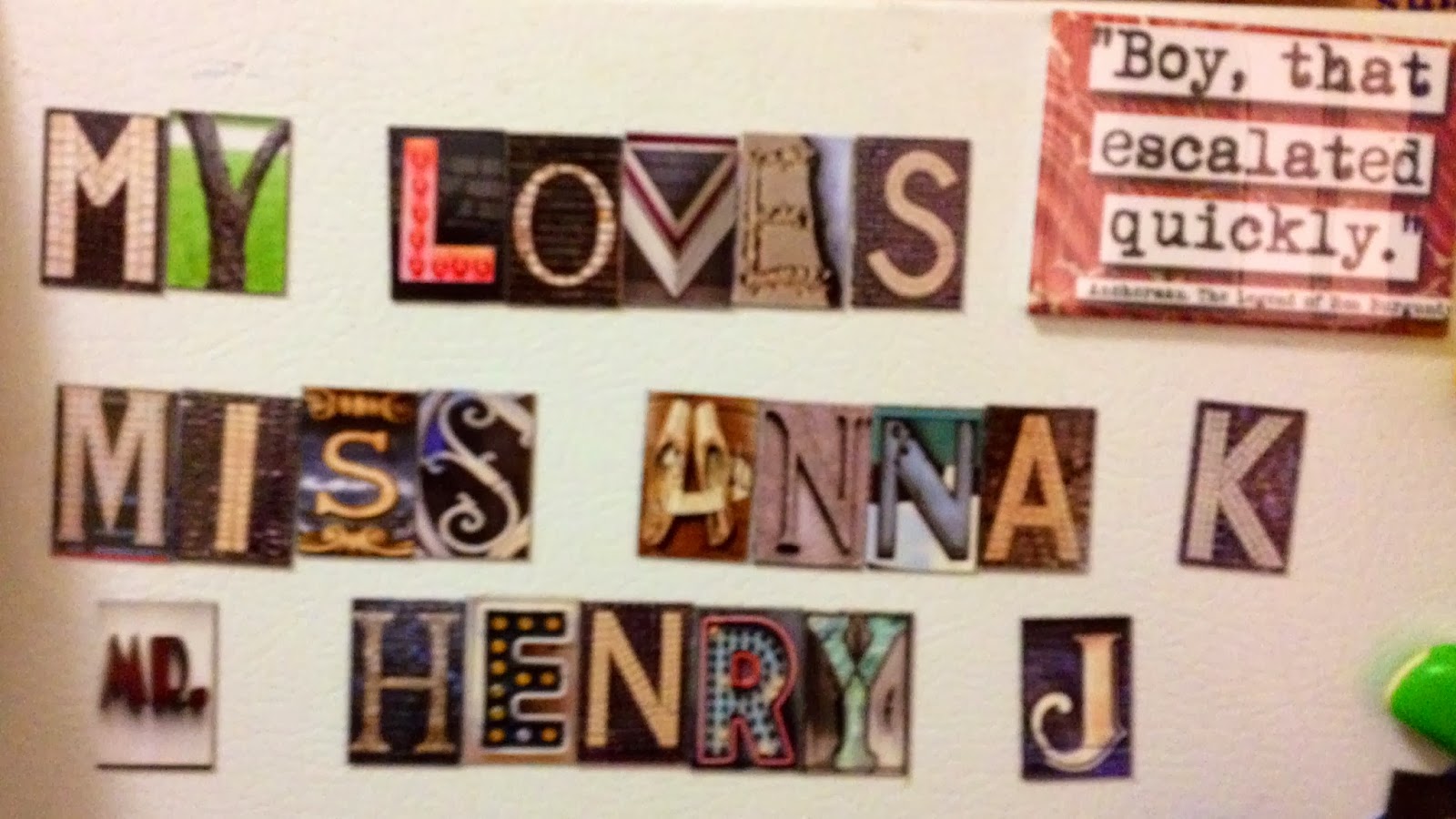 anna is 6 days old. she is sweet and strong and can really hold her own. (may she always stay that way). she has a perfect little round head that she lifts up like a boss on her own on that scrawny chicken neck. she has a good cry, and she uses it now and then, but mostly she just happily snuggles, eats like a champ, and sleeps pretty well. she accepts henry’s smooches and elaborate ‘loving’ wrestling holds fairly graciously. she has really intense, pretty eyes and cheeks galore. she’s awesome. she was worth all the fuss.

The Fuss (the birth)-

two things i’ve learned from this. 1) i think our expectations of something entirely effect how we approach it and how we survive or don’t survive it. and 2) it’s good to expect the best but be prepared for everything else.

i went into this birth thinking it would be a) early and b) easy. i’d been told to expect those things by a number of people over the course of my pregnancy, since “this is your second” and “your body knows what to do.” also, my epidural had worked like a dreamy chocolate sundae disney prince fairy tale Christmas morning with henry, so i expected much of the same this round.

i expected to go into labor every second of every day for two weeks leading up to my due date. so 2 days before i was due, when it hadn’t happened yet, i was feeling very sorry for myself and pretty much gave up on it ever happening. i watched the golden globes, stayed up until midnight and fully expected to have to wake up to go to work in the morning. but about 20 minutes after i went to bed, my water broke, with gusto, besmirching my mattress.

so we gathered our forces to watch henry (thanks, forces!) and robb and i went into the hospital. we got there about 2am. she was born at 5:11pm. the actual hatching went very smoothly indeed, but the 15 hours between arrival and ARRIVAL were a rather uncomfortable, nerve-racking 15 hours. 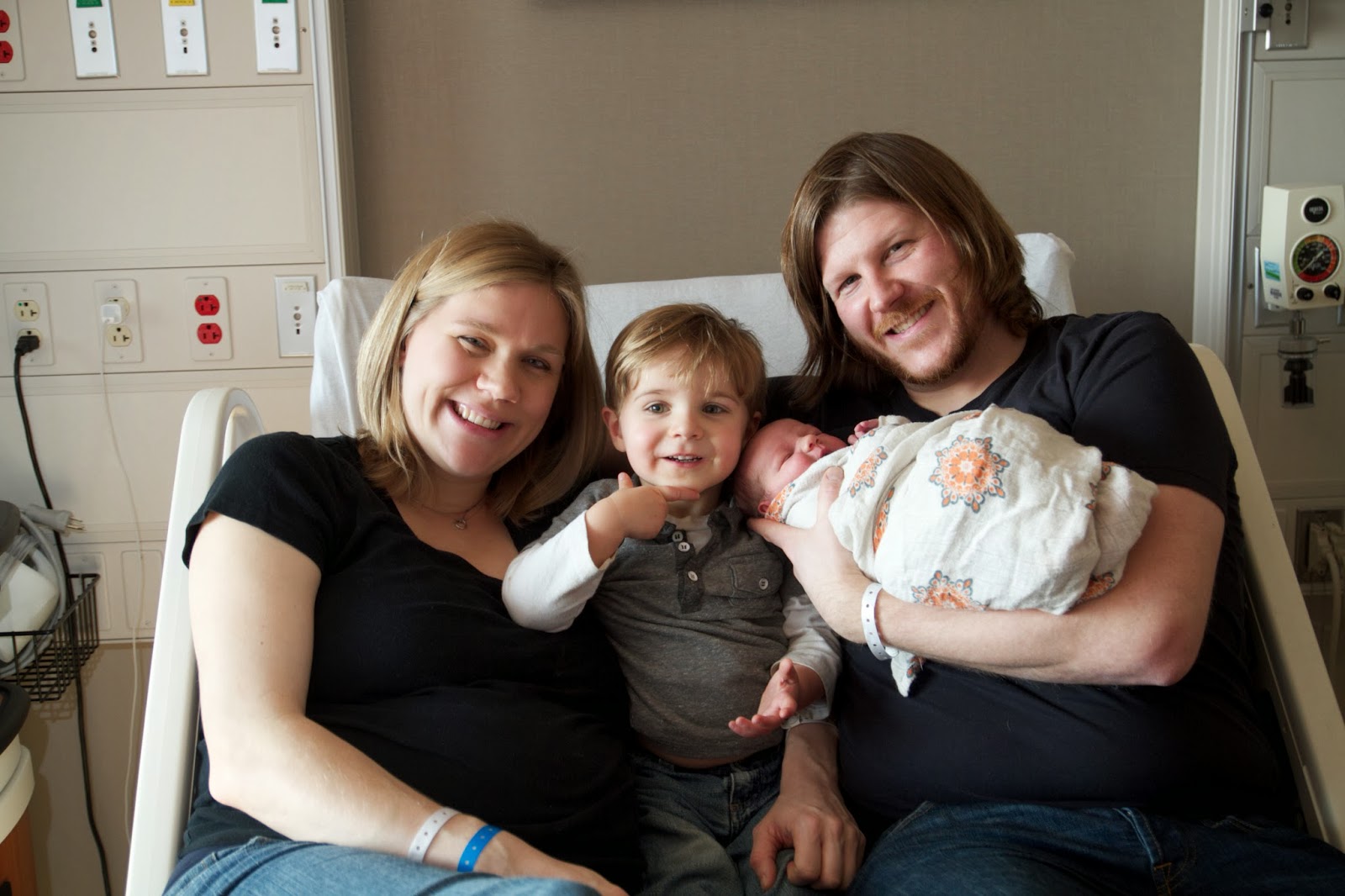 her rate kept dipping when it wasn’t supposed to, often an indicator that there is pressure on the umbilical cord and subsequent oxygen deprivation to the baby. it was not to the point where they were terribly concerned for her safety, but just to where they were monitoring her extremely closely (even adding a heart rate monitor that goes directly onto her scalp through my cervix) and attempting all sorts of maneuvers to correct the pressure issue. these included me changing sides often and getting on my hands and knees a lot (a feat, when your’e talking about hefting my substantial weight around while my legs didn’t work from the epidural). it also included running saline directly into my uterus to try to give her head and the cord a little cushion so that there was less pressure on the cord when contractions occurred.

so, just imagine how many wires and tubes i had running out of my lady business. it looked like the wall side of an entertainment center. and when i was wobbling on my hands and knees like a newborn foal, with my bare ass out for all the world to see, well, that was super fun, too. especially considering that i used to work there and some of the staff are people i’ve worked with professionally.

ah, well. they probably still couldn’t pick my junk out of a lineup.

anyway. so we tried everything. many times. it was actually really reassuring to me that the staff was so dedicated to helping me have a vaginal birth instead of a c-section. they followed the algorithm for ‘non-reassuring heart tones’ and did everything EVERYTHING they could to make it happen. but they were ready. i learned after i’d delivered that the c-section operating room was all set up with instruments and staff on the ready and the drugs drawn up and ready to go. i feel good about that. anna was going to be safe, no matter what.

there’s a lot in the news about our country’s high c-section rates and i know from within the community that reducing the rate and having practitioners follow a standardized series of more conservative options before moving to a c-section is considered a big action item from the american congress of ob/gyn’s. but still, anecdotally, it seems that “everyone we know” had to have a c-section.

while anna’s and my safety were absolutely the #1 priority and acknowledging that it’s kind of an art to interpret how heart rate might be indicating any/amount of oxygen loss and the severe consequences it can have- it thrills me that it worked out this way. she’s perfect and we were safely watched but aggressively managed into a vaginal birth.

(not that c-sections are even remotely the end of the world- it’s just that, my theory is- you either wreck your vagina or your abdomen- if it can be helped, you don’t dynamite them both over the course of your births).

meanwhile, all the while, my pain was rather….there. early in the process i’d tried to stay away from the epidural so as not to impede any progress. but it became clear eventually that no matter how much pain i was allowing myself to spar with, progress wasn’t being made anyway, so i got the epidural around 9:30am, i think. and it didn’t exactly work. i felt most of my contractions throughout the day, at least in part. we tried repositioning the epidural catheter and we tried adding more good juice, but it just never really happened properly. not like i’d remembered with henry’s birth (CUDDLY WARM WOMB SWEATER).

and i’ve been reflecting since then about whether or not i’m a terrible wuss and i’ve decided that i’m an average wuss. i think i fall somewhere in the middle of the spectrum when it comes to pain tolerance. like, i wouldn’t play on a broken ankle, but i never took time off of school for period cramps. i give a lot of credit to the billions of war heroes who have had babies without the aid of pain relieving drugs, i just don’t wanna. and again, it’s all about expectations. and my expectations were so high after the golden epidural i got for henry, that i was not prepared for as much pain as i did feel this time.

so the afternoon wore on and i started getting anxious messages from family and friends who knew i’d come in the night before. finally sometime mid-afternoon i was still only dilated to 4cm and the pain was making me nuts, so i had them put in a new epidural.

and it WORKED IMMEDIATELY AND AWESOMELY.

and i doubt these two things are related, but the next time they checked me. i was fully effaced and dilated to 10cm and ready to push. bam.

and even though i could, literally, feel almost no pressure or pain during the entire delivery (which is a VERY good thing, in my book)-  i was able to push with force! and i think it only took, maybe 15 minutes to push her out.

sometime during the delivery when i was cracking jokes or singing songs or mouth-kissing my anesthesiologist, the doctor asked if i wanted to deliver my baby. i paused, thinking, ‘isn’t that what we’re up to now? i mean, what else do you think is going to come out?’ but then i realized he meant DELIVER it myself. so i did. when her head and a shoulder were out, i reached down and pulled the rest of her out and onto my chest. and saw that she was a she! (which henry totally called, months ago. i owe him $5).

and she was/is perfect. after all that anxiety, apgars of 9 and 9. weighed in at 8 lbs even and 21″ long…(which, apparently, is exactly my birth measurements. i wonder how often that happens). 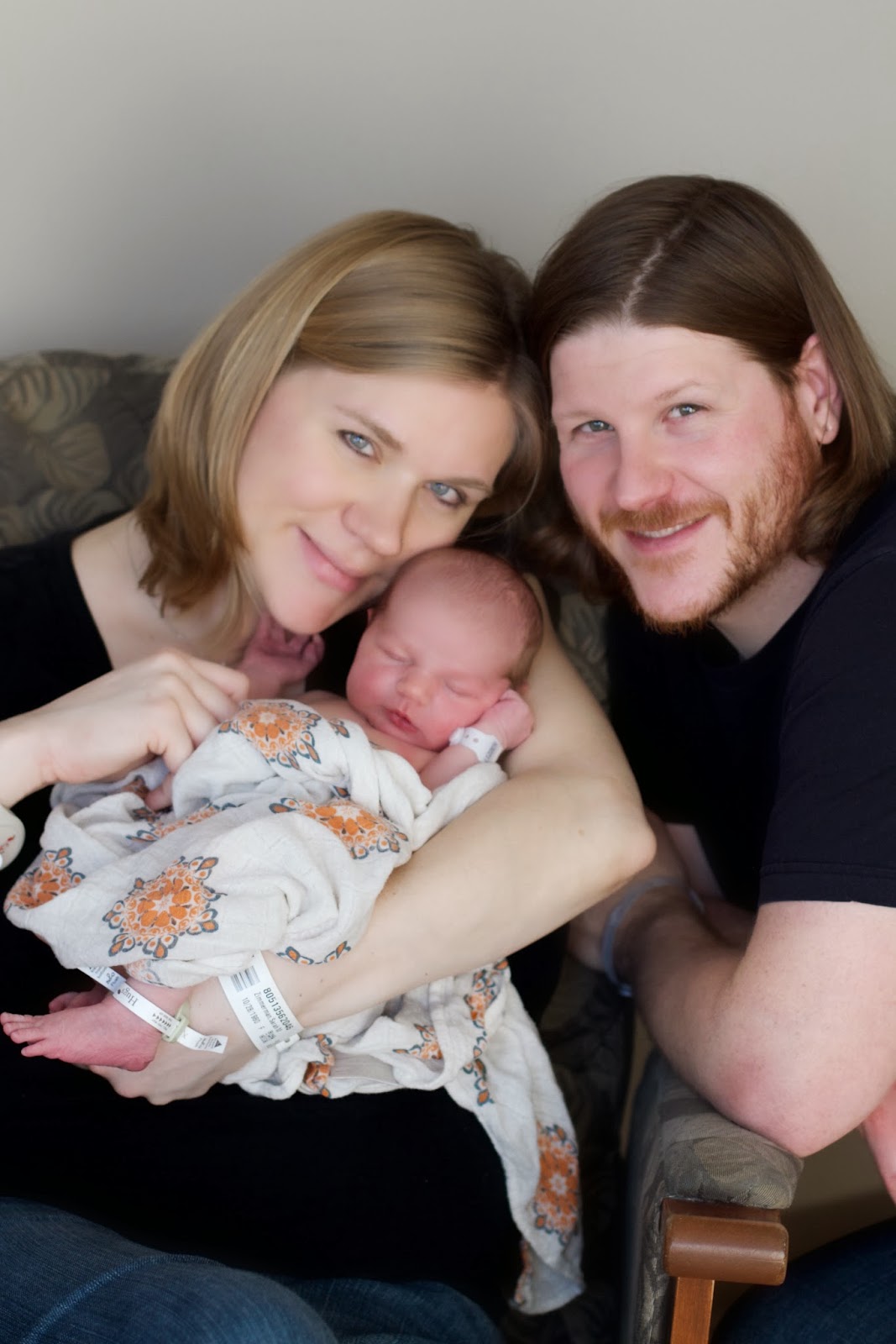 so it was a long day, but because the actual delivery went so incredibly smoothly, and because i only tore a tiny little wee bit, i’m rebounding SO much faster this time. i feel like a million bucks compared to how i felt after henry’s delivery.

ok. i think that’s everything. i got great care and i’m so happy with how everything worked out. i’ll share more soon about how henry and anna are already teaming up to get us. but for now, i’m tired of all my yammering and i’m sure y’all gave up on my tale ages ago anyway. 🙂