It Is What It Is/And It’s Pretty Darn Good

the busy is trying to kill us lately.

somewhat better now that the play i was assistant directing has finished, but still, there always seem to be a bazillion things to do. i’ve been trying to find time to catch up blogging, but it seems to fall behind feeding us all (several times a day! every day!), working all the time, laundering, sorta cleaning, sorta paying bills, not really at all exercising, and sorta preparing for the upcoming 3rd henry birthday party/anna baptism, a guest lecture at my PA school alma mater, and the house renovation.

i’m sorta failing on lots of these fronts, but it is what it is. that phrase (‘it is what it is’) has become my motto recently. it’s a kid-proof version of my original motto (‘fucket’), which still gets deployed on occasion.

anyway. the craziness of life was really emphasized by contrast this friday night when robb and i got a romantical night away. my sister and her fiancé watched the nuggets and did a damn fine job.

robb and i got to have dinner together at a hip establishment that kids would hate and it pretty much would hate them back. we drank, we talked, we snuzzled.  and then we stayed in a shmancy hotel where we had an ‘oh, yeah. i know you! i like you. i really do!’ time and slept a glorious 8 hours. in a row. then we strolled around hand-in-hand in the morning and found breakfast and nice little city spots to admire.

and then, back at home, where real life waited, was a teething angry baby (to be fair, if i had sharp teeth busting through my gums, i would demand a morphine pump. so far she has not mentioned morphine at all), a demanding toddler, a broken washing machine with a flooded laundry room and 10′ tall pile of laundry, and plans for a busy weekend.

needless to say, the quiet time of not having much to do smacked hard against the lunacy we walked into at home right now….but, it is what it is. give the baby something to chew on (usually me), give henry an all access pass to any stupid british cartoon netflix has to offer to keep him quiet, and wrap them both in our old band t-shirts from the ’90’s since they have no clean clothes.

but for real, the chaos is a blessing. it’s a nutty lot of fun. and robb was brilliant and took apart and hobbled together the washing machine with duct tape and chewing gum, so maybe we can limp it along for another few years.

anyway. i had a point to this whole blog post. a catch-up. yes.
anna is 4 months old now. rolling over and trying to sit up. she is big, confirmed at the pediatrician. 90th % big (16 lbs 9 oz, 25.5″). she is mostly silly and happy, but, as i mentioned, 2 teeth nubs have broken through this week in her bottom front, so she is a little off her game. and finding creative ways to communicate her discontent:

this is her more normal, happy self telling me what’s up:

henry is doing great. sassy and funny and full of ideas and words to match them. besides his new mohawk (which occasionally he wants turned into horns “like a triceratops,”) he has sprouted up lately, so he’s looking like a big giant grown kid. 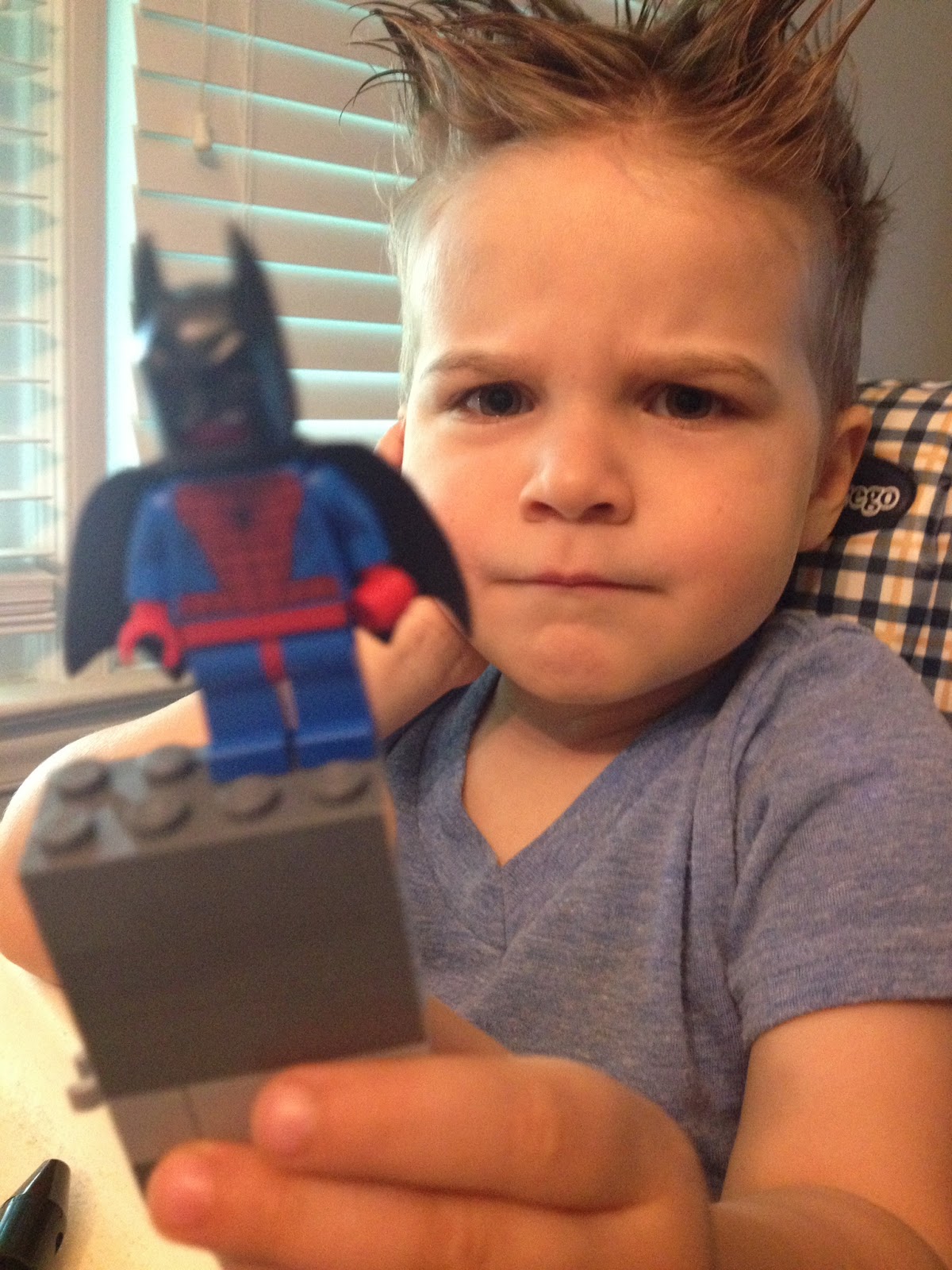 he loves LOVES this nice weather and being outside all the time. he asks for very complicated chalk drawings on the driveway. that bit is pretty unacceptable because my dragons looks exactly like my snowmen, which obviously also look exactly like my ants. anyway. he is very excited for his upcoming 3rd birthday with a superhero theme. and what else? oh, the potty training is going slowly. i think because he has picked up on the family motto. 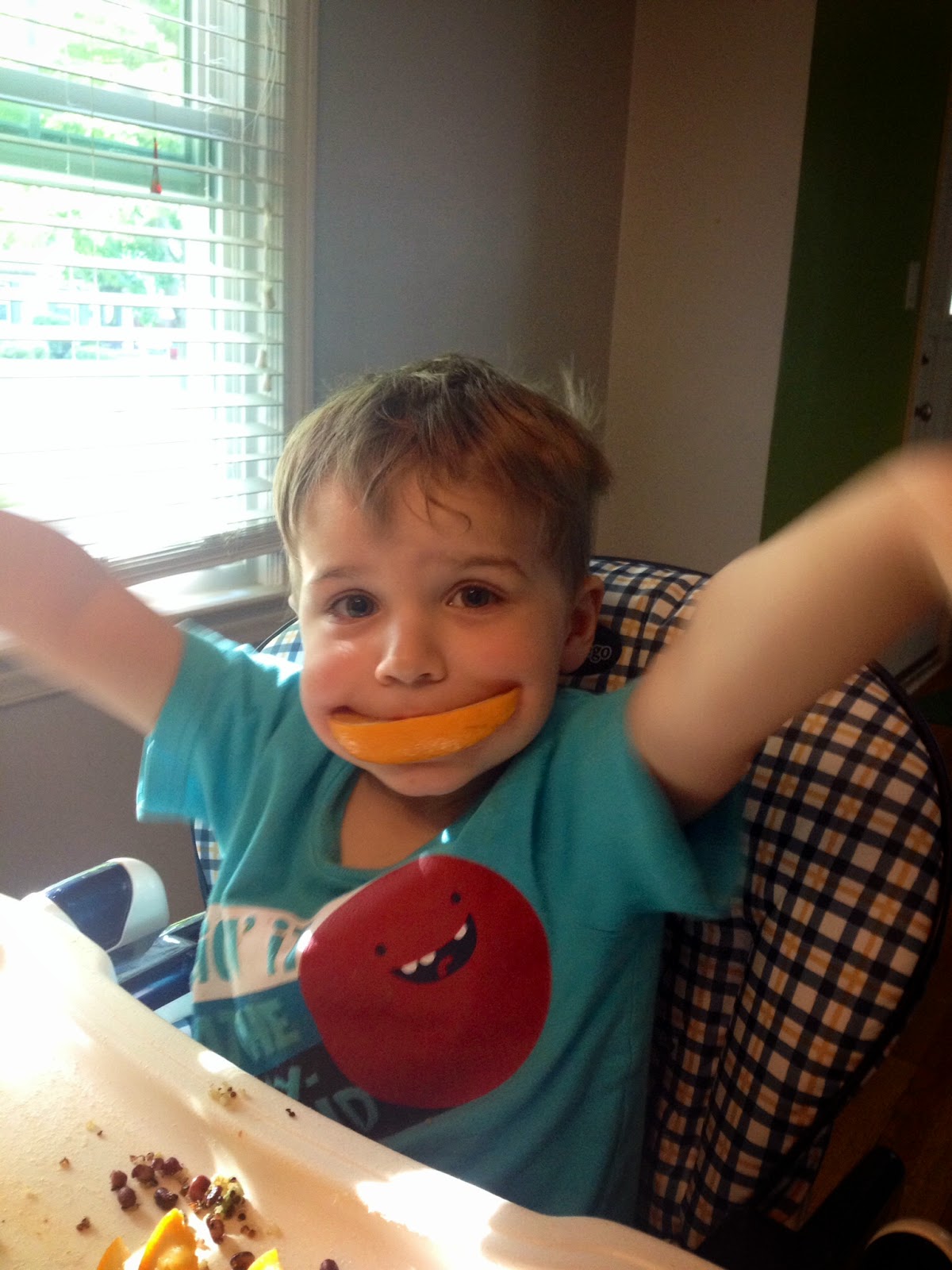