The Passage of Minion Time

big changes afoot around here. i mean, small changes in the grand scheme, but they’re happening to small people, so relatively epic.

henry’s potty training really took off this weekend. i threatened to give away all the super awesome super hero underwear he got for his birthday since he wasn’t using it and another little boy or girl who pees and poops in the potty could surely enjoy it….and my dirty pool worked. other than while napping, he’s worn undies for 12 hrs/day without any accidents. he has gotten the whole bathroom ritual down, too. from dropping trou to washing paws, he’s doing it almost entirely independently (some supervision required to make sure said troy is fully dropped and said paws are fully washed).

so that’s going great. other than the fact that he hasn’t pooped all weekend and will probably require disimpaction and therapy to make it ever happen again.

but anyway. other than that, going great.

his independence is so fun to experience. he’s curious and intrigued by everything and wants to make fun out of all parts of life. he had a perfect henry day yesterday- went to a peter pan event with his wee best buddy and then later rode bikes with robb to 4 different parks to play. 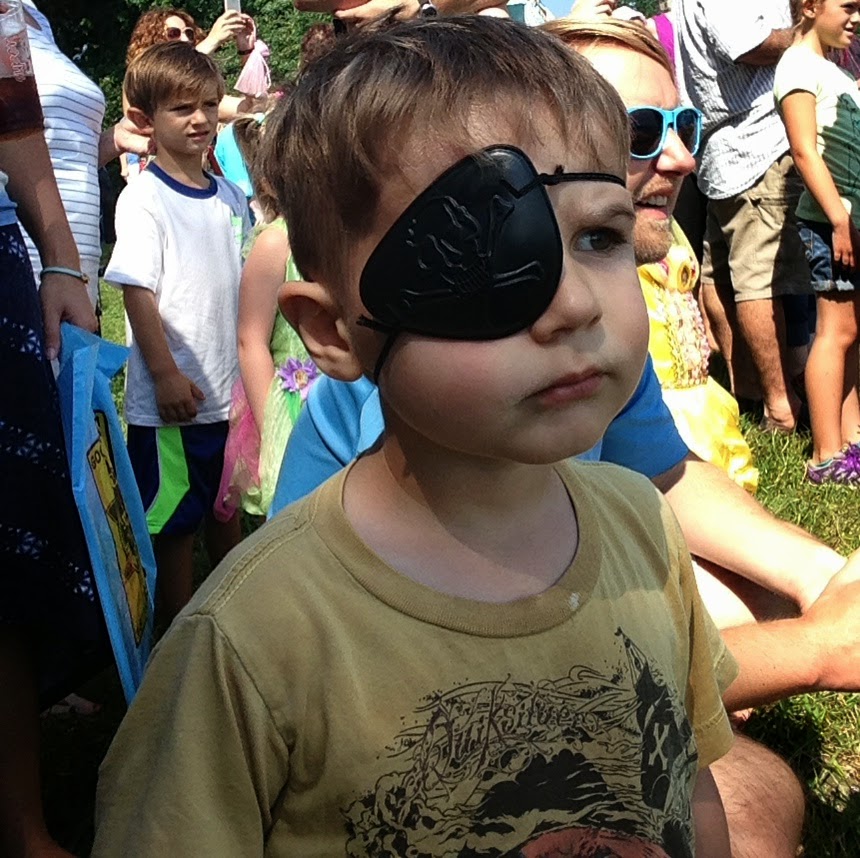 he’s really a pretty reasonable toddler. i think the many words that he has helps avoid frustration. and he’s very compassionate. today when i was wrestling to get one of the strollers to open, he came up and patted my shoulder, saying, “keep trying, mommy. keep trying.”

kid may have prevented my nervous breakdown. this time.

anna has a for reals tooth coming through, but now that it’s visible, she seems bothered less by it.

overall she sleeps like a champ, but going down to sleep i totally use all the cheater cheater crutch stuff. she has a mad case of restless body syndrome. she twitches and throws herself around as she tries to settle down. so we are still swaddling- but just one little arm. she rolls over now, so we don’t want to swaddle both for safety, and she’s too long, so her legs are out. so even after clipping that one wing, she’s still using it to whip the shit out of anybody nearby (me). i’ve learned to apply pretty clever wrestling moves while nursing so that most of her parts are lying flat and still. 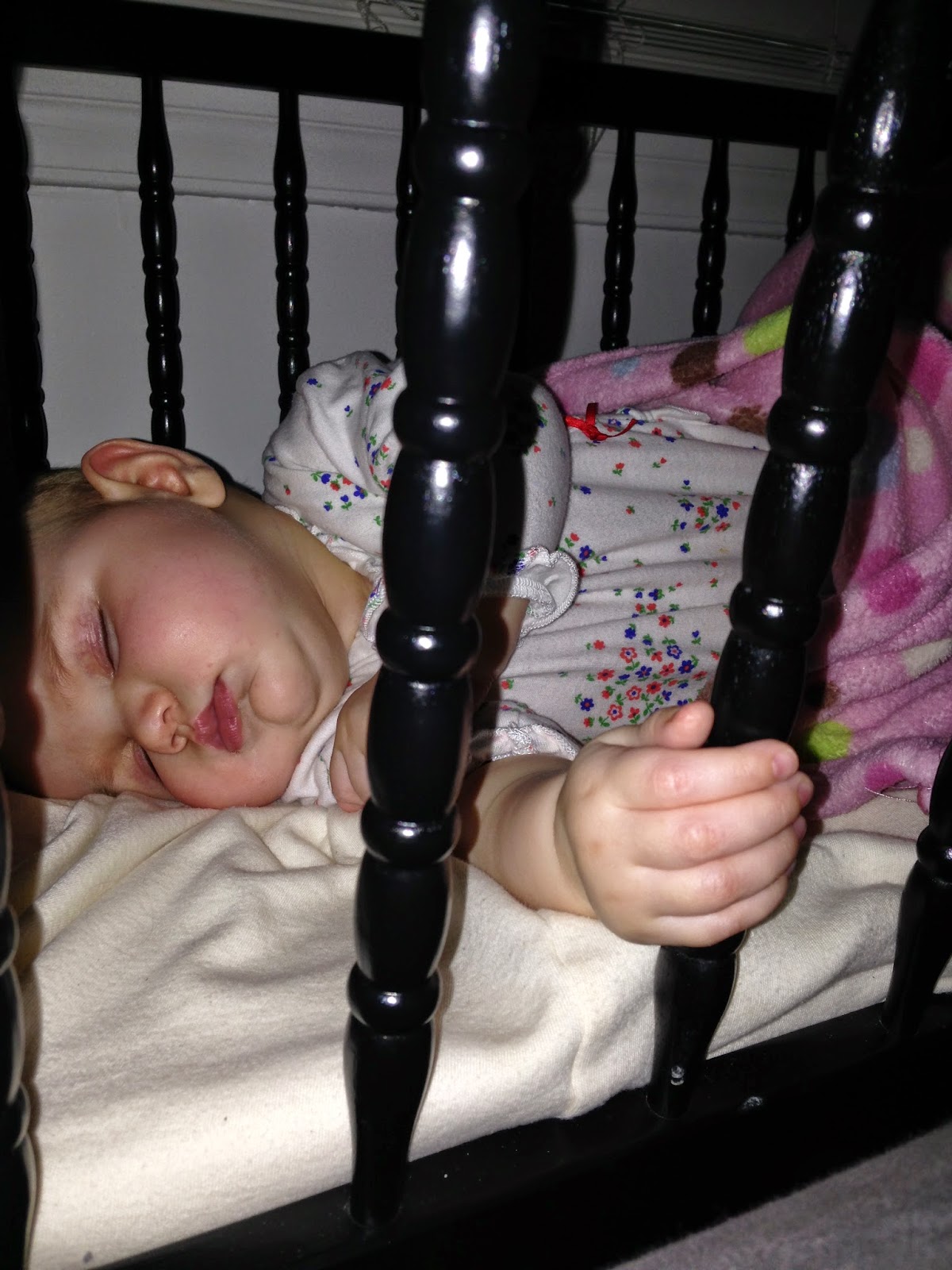 and sometimes she’s still resisting in her sleep.

she’s been drinking water out of my glass and showing great interest in food for a while. like to the point where she tracks everything that i put in my mouth and tries to frantically reach for it, so when i hold her, i feel like a total dick not offering her a bite of my pad thai or whatever.

she doesn’t turn 6 months for a few weeks, but she’s so interested in food, and she clearly needs the added nutrients (see: cheeks), so we started giving her some avocado this weekend. it went well. we’ll move on to sweet potato soon. 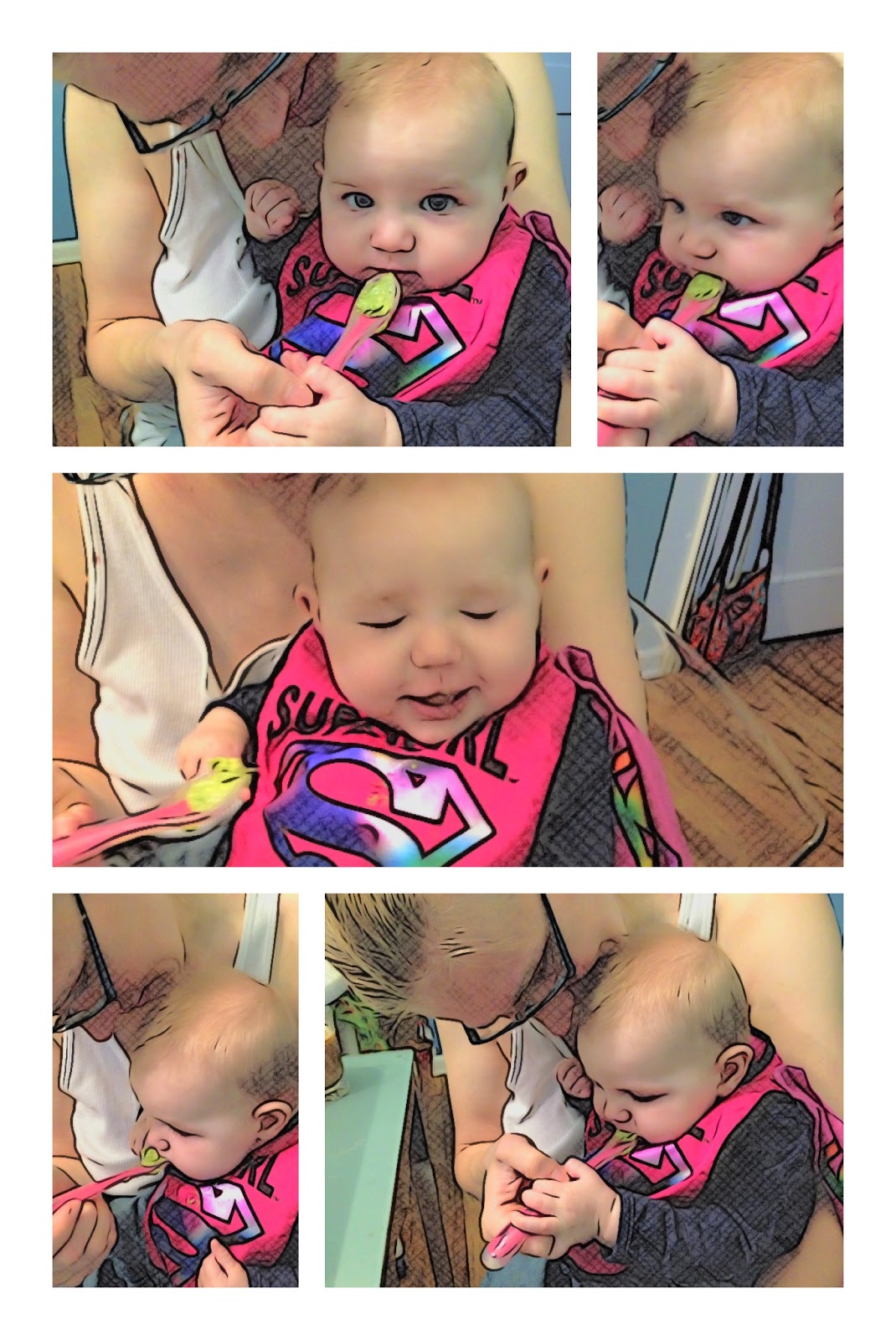 we really should get henry to feed her. she likes him and everything he does. she watches him even more avidly than she watches my food. 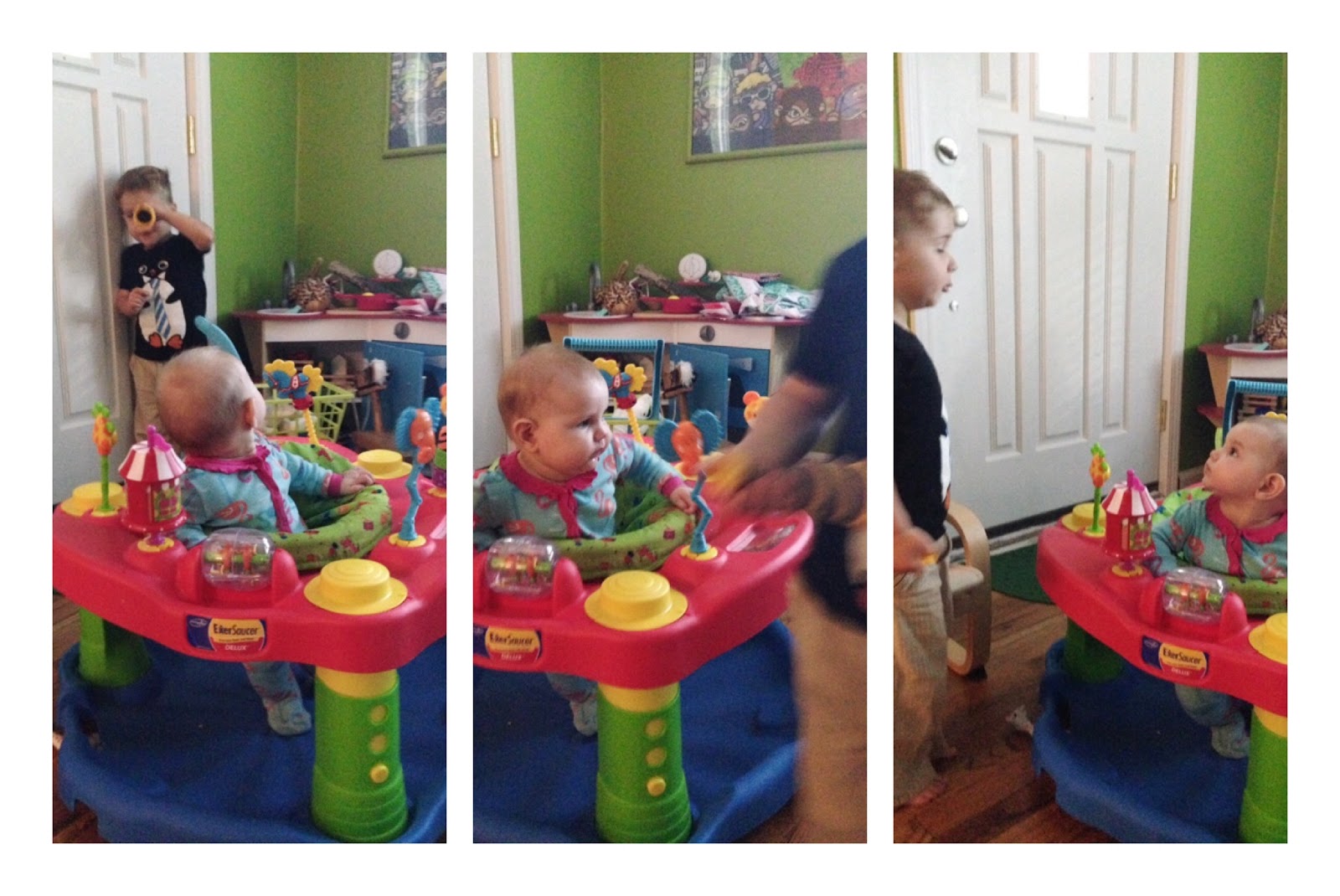