7 Months Old! Catching Up is Hard to Do 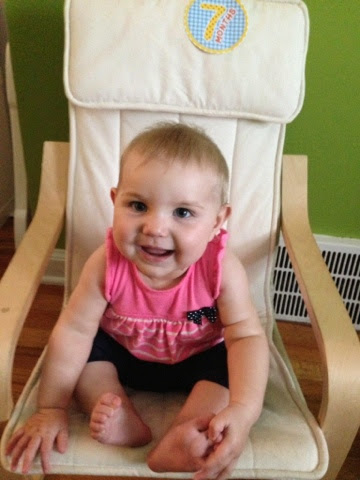 ok. so a while back (the 13th) anna hit the 7 month mark. so i’m just finally getting around to posting about that. also, back at her 6 month checkup, i forgot to record this for posterity- she weighed 19# 6oz and was 27″ long. she’s at about the 90th % for those. her head is still wee tiny, but it’s no longer beetlejuice shrunken head man small, so we’re good. 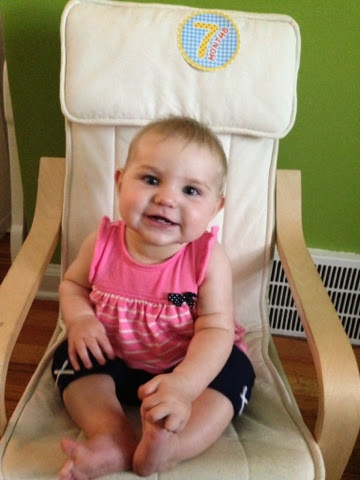 she is crawling-ish and eating like she invented it herself. we’ve gotten through a lot of the veggies and fruits and have moved on to beans and quinoa (all pureed, looking delish). she is still a very happy person. i’m sure she will be sleeping in her own room/bed and not nursing all night long by the time she’s in junior high. so we’re good there, too. 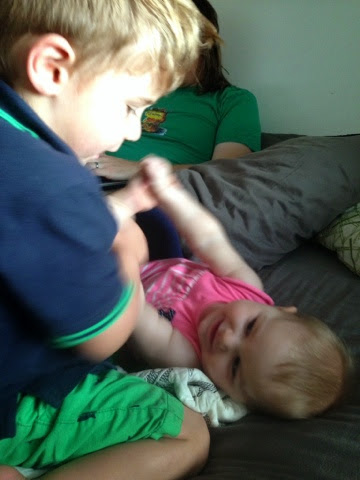 henry monkey is also doing great. he start preschool in a few weeks! at the same daycare he’s been, but now it involves school supplies and “real work.” he’s excitedly learning his letters because he wants to read by himself ASAP. he invents stories all the time. they always star him. natch. but sometimes he’s henry whale or henry bird or henry monster. usually someone is sword fighting. he asked me today if butterflies have hands (and i thought of jeff goldblum). that one i could answer pretty confidently. but we have a whole list of things we have to ‘look up later’ because i just don’t know. he’s already kind of taxing my max on plants and clouds and, very soon probably, math. 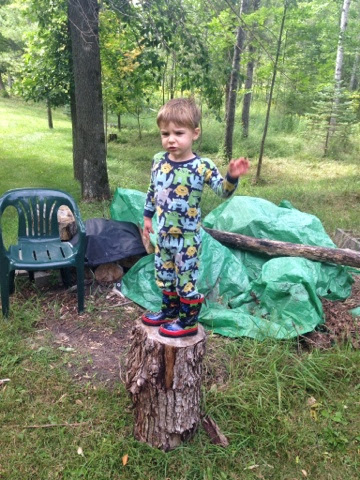 he also, out of absolute nowhere, asked me today if police are good guys.
the killing of an unarmed child by a cop in MO happened recently and there’s been a lot of talk about police. i wonder if henry is listening to everything we ever say. we’re shaping his impressions of the world without even being aware. i told him policemen should be like superman, out to save people who are in danger or hurt or afraid. i think that’s mostly true. or we can work toward it being true again.
anyway. i’m on a cleaning binge today. i have this week off and we’ve vacationed a little and i’ve been utilizing daycare a bit so that i can get stuff done. i am trying to purge the house in preparation for an eventual move for a huge house renovation that may or may not happen. fingers and toes crossed that it can. but either way, i clean and donate and rid us of clutter! i want to exercise this house of excess so that i can say in a pinchy little southern voice, “THIS HOUSE IS CLEAN.”
0
Previous Post
Next Post