Ten Joyful Months, What’s the Name of That Little Sea Creature That Stays Latched Onto Big Fish All the Time? Yes, That. 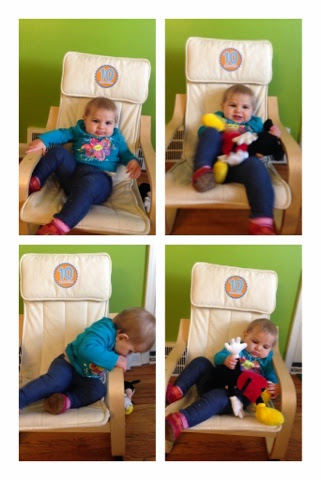 alright. well. anna cakes is 10 months old. she is growing weed-like and developing all kinds of new tricks. she stands on her own now for 5 seconds before falling hard on her dupa (polish for butt). she doesn’t seem to mind. her tenacity and focus on her goals is really (terrifying) remarkable. she is really bold and i continue to just be baffled by her strength and perseverence. and her dexterity is getting pretty good, so she picks up the smallest wee things off the floor and puts them on her tongue. so that’s neat.
she has her bottom 2 teeth and is working on the top 2 as well. she is eating great- so far there’s nothig she doesn’t like. she isn’t really signing yet, and her urgent verbal requests for ‘mama’ may or may not be directed at me, specifically, but she gets her point across when she wants stuff. and how.
she’s in that really clingy mommy phase right now that is leaving me pretty wrung out. like, if you walked into my house and did NOT hear her crying, it’s because i’m holding/nursing her. and she’s never been the best sleeper and we are THE WORST sleep trainers, so currently we’re up every hour or two. all. night. long. so that is that.  this is, once again, where having done this before and lived through it helps so tremendously. i can soundly say that this is a phase and that we’ll be on the other side of it soon-ish. meanwhile, when she’s doing flips and head-butting me instead of sleeping, i’ll enjoy her fluffy hair in my face and the feel of her beast muscles covered in footie pajamas.
in henry news, he spent a couple days with my parents and sister and had a ball, as he always does. it’s good for him to have the time to get loved on by them, and it’s good for us to have time to catch up on some things with reduced chaos.
when they reunited after being apart for 2 days, it was hella cute.
ok. that was just the down and dirty. she’s in her small window of sleep right now and i have lots more to do, so later for now! 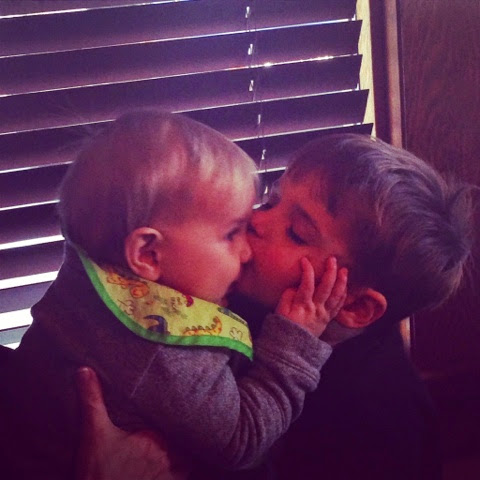