Anna is Eleven Months and Lifting Off 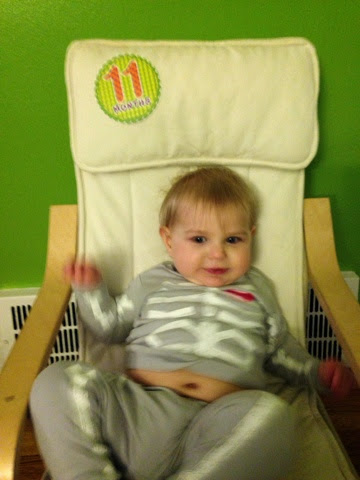 she is getting to be so much fun! she’s even sharper than before (not just those puppy teeth. #stillnursing #oy). she follows everything we do and plays little games and jokes with us. 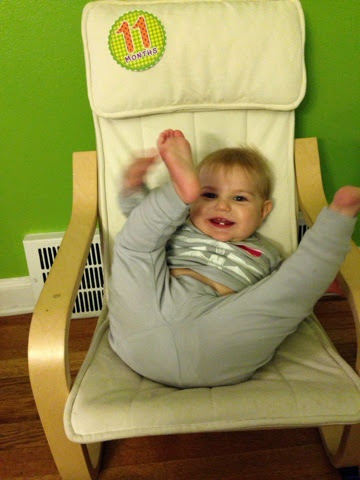 she’s not signing or speaking american english words yet, but she is proficient is monkey and gets the job done with that.
she crawls like a beast and took a few steps today! three little fast ones toward me in the middle of the room and then two more later, couch-adjacent but not touching. wooooo!!! proud. those cheeks are not weighing her down, as feared. 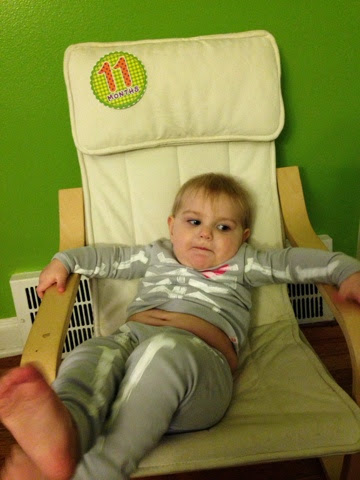 she has had a cough & snot nose & sleeplessness for a few weeks but it seems to be lifting a little now, with breathing treatments and other aids.
she has been spirited and spunky throughout it. a little plague won’t keep this girl down! 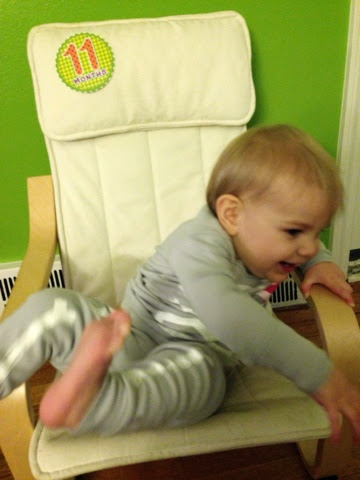 so in love and so excited. she’s been anna-ing great so far, excited to see her anna on. 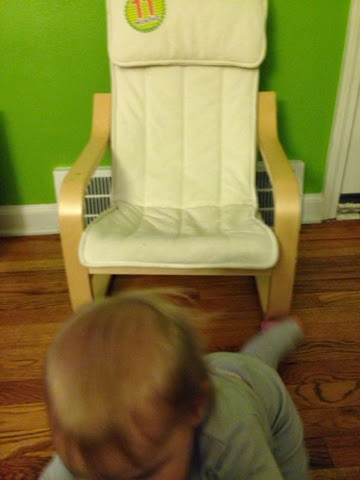