anna is 15 months now and robb took her to her well-visit appointment last week.

as expected, she is ginormous (90-95th%) and overall doing really well. she showed off for the doctor and pronounced properly the word “book,” making us seem like phenomenally achieved parents. we owe her $5. she won’t let us forget. 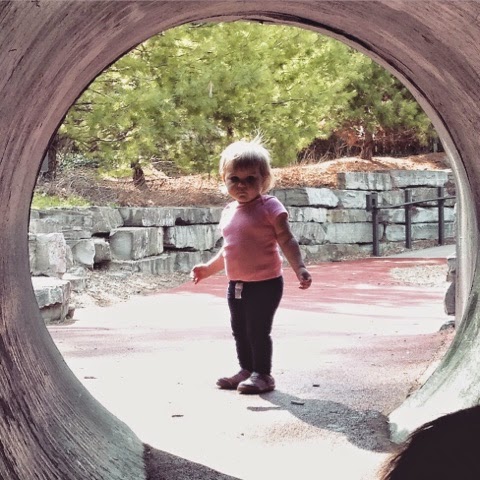 she has a few other words, some sign, some english- all yelled loudly. she says APPLE for any food, but ironically will not eat actual apples. (twist!)
she has something like 40 molars coming in right now and she is open-mouth attacking anything/one in her vicinity. and her vicinity is everywhere. she’s fast and remarkably, disconcertingly, sure-footed. she’s like one of the fast zombies in the zombie films that will fall down a hill and even though its all mangled and its limbs are sticking out at weird angles and such, it just gets back up and keeps running at you.
you know, in an adorable way.
she is a force to behold, and she’s a ton of fun. i definitely feel like with her i’m more just along for the ride. some of that is probably lazy parenting in contrast with the neurotic parenting of the first child (oh! remind me to tell you a story about how i almost killed both kids at the park the other day. good times), but some of it is just that she’s bolder, faster, more determined and wily than monkey butt ever was. 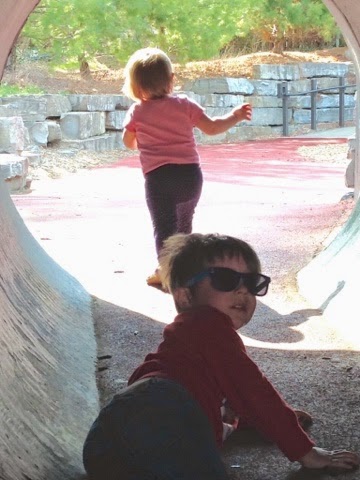 they’re awesome. and they are SOOOOOOO excited for disney. well, more henry than anna, but that’s just because she hasn’t been yet and doesn’t yet know how great it will be.
but because she is such a spirited little ANNAmal, i’m feeling pretty good about the ratio of adults to kids we’re taking to florida. my parents, my sister and her fiancé, and our little family– that puts us at 3:1. there is a chance we can keep an adult on her at every moment. i bought them temporary tattoos that say “IF I AM LOST, PLEASE CALL ____” and you write in your phone number with skin marker.
if all else fails, i’m so not above child leashes anymore. i judge no one.
wooooo hoooooo!!!! disney in about 36 hours!!!!
i guess i should start panicking about the flight. but that’s an advantage to baby #2, you care a hella lot less about annoying strangers since fucket.
i’m sure it will be fine. how bad can it be trapped inside a flying metal box with one of those fast zombies? it’ll be great.
0
Previous Post
Next Post