Brave Nerds, That’s Who I Want to Raise/Be.

These people who live in our house with us are just all the fun and sweet and ridiculous right now. We are LOVING these ages- 2ish and 5ish. 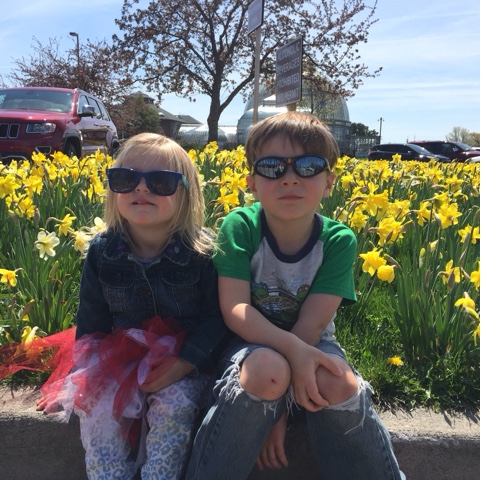 We’re almost officially out of the baby phase. No regrets, no remorse. We love the thems they are right now. They were cute and round as babies, and now they’re cool and less round, and have the words. It’s good.

(Plus, some of my favorite people are still reproducing or planning to reproduce, so we’ll be *literally* dripping in babies for a few more years. Huzzah!)

Henry memorizes lyrics from songs and lines from movies and drops them on us in the middle of conversations, without any explanation or preamble. It’s jarring, but fantastically funny. He sings all the time. He plays pretend. He likes time alone in his bedroom now, where he “organizes” his stuff and plays imagination games where spiders eat Batman and such. I never understand the rules and am often dismissed. He loves to follow the “constructions” and build things out of LEGOs. Last night we built a toaster with a handle that actually moves. It’s pretty bitchin’. 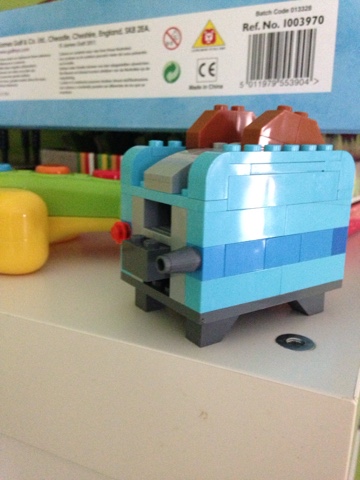 He rumbles (a little too much) with his school friends, but is also sweet and sensitive with his sister. He loves to read. He is eating up Roald Dahl books right now. We’ve finished “Witches” and “Fantastic Mr. Fox” and are working on “Charlie and the Chocolate Factory” right now. He watched, and paid attention to, the entirety of the movie “The Princess Bride” last night. Do you realize what this development in his comprehension, bravery, and concentration means? Do you? DO YOU??  That’s right folks, I think we can start Harry Potter soon. If I have it my way, he’ll be begging for a lightening bolt scar and broom flying lessons by summer’s end.
Please let him be a nerd. Please let him be a nerd. (And also brave)
Anna is still pretty “spirited.” I kind of hate that word because it’s usually applied to women who speak out of turn or colts.
Here I mean that she is determined, loud, mischevious, adventure-seeking, and stubborn. She’s also funny, sweet, silly, passionate, and very, very verbal.  She suddenly erupted in language and uses complete sentences for most of her thoughts. She’s actually quite proper about everything. She answers “YES” to questions, instead of sloppy talk like I do, with “yeah” “sure” “hmmmm.” This morning Robb asked her, “do you want some more waffle” and she responded, “NO. I DON’T THINK SO.” Eesh. We better step up our game and get more formal to keep up with her. Maybe we should get out the good china we don’t own or all wear white gloves while we drink tea. (Tea. We have the tea. We could do that part of that whole vision.)
Still, not much scares her. Most little kids hate those really loud, turbo hand-driers in public bathrooms. She loves them. She gets her face and hands right under it and isn’t bothered at all that the force of the thing tries to knock her over and makes her skin try to wiggle of its bones.
Please let her be brave. Please let her be brave. (And also a nerd).
Feeling thankful. Glad to be home from vacation  (finally, sigh, I guess) so we don’t have to miss any more of their antics.
0
Previous Post
Next Post