Adoption is Hard Infertility and Impatience Pregnancy is Hard 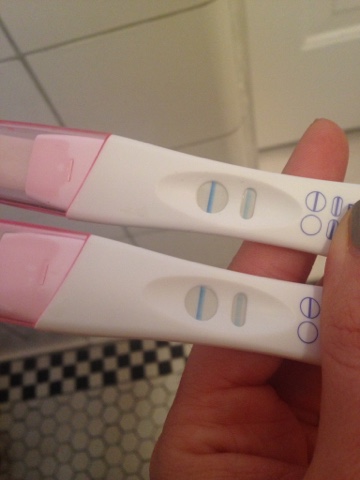 (Her actual urine droplets, in her actual bathroom. This is exciting like reality TV)
They’re about 14 weeks along now. There’s still a long way to go. But…there’s a baby in that belly where for so long there was none.
I will never know if it was the prayer. But I know it wasn’t the fancy technology and science that made it happen.
My faith changed the day I found out. I’m listening, believing more now. I always wanted “it” to be true, now I’m really suspicious it might be.
Come, Lord, Jesus, have mercy on them. And thank You.
1
Previous Post
Next Post

Snotty No Sleepy Fat Guy in a Little Coat

Infertility and Impatience Pregnancy and Infant Loss Pregnancy is Hard