By admin on Saturday, July 16, 2016
I don’t know why this has been so hard for me to write. I feel horrified and angry and sympathetic and shameful. Maybe it’s the shame. Shame always shuts people up.
It’s also that voicing these feelings might make some people feel upset, hurt and blamed. There’s a great deal of shame and blame going on right now in this country.
So. Black men murdered by police. Again.
These particular murders have evoked especially righteous rage and country-wide protesting because there were cell phone videos showing how totally innocent of crime the two victims were. One of the men was shot while being pulled over for a minor traffic violation, with his girlfriend next to him and HIS FOUR-YEAR OLD CHILD BEHIND HIM IN THE BACKSEAT. I can’t even begin to imagine that trauma and loss. It makes me want to throw up, what that kid has experienced and will now forever own.
It should be that these murders are nationally mourned and that we rush to prevent them from ever happening again. But, no. There’s disagreement and fighting, shame and blame. The country is divided. It’s broken, it’s pulled apart.
It’s always been this way, but now we can more clearly see the fracture.
No sooner do the details of these murders come out then people are defending our police and scrambling to find ways to show that these crimes are not what they seem, are not deadly symptoms of a chronic racism.
We don’t want to reckon with this and we’re threatened by this insight. These were clearly murders of innocent people by our appointed protectors, but we are afraid of that. It’s not just that people are afraid that other police officers will be retaliated against. That is legitimate. It has happened already at least once. It’s not just that we’re all scared of what it might mean that police have such deadly, impulsive, authority.
It’s that we’re afraid to confront the reality of how dangerous it is to be African American, how negatively this country views African Americans. Police represent government, which represents all of us, we’re afraid to admit that they/we pulled the trigger because these men were black.
In the past few years, the movement #blacklivesmatter has created awareness that we are allowing African Americans to be murdered and imprisoned because their lives don’t have as much value to our society as white lives.
We have to be reminded that black lives matter…or we have to be taught that in the first place. We have to chant that black lives matter because we’re not acting like they do. We’ve never really acted like they do in this country. 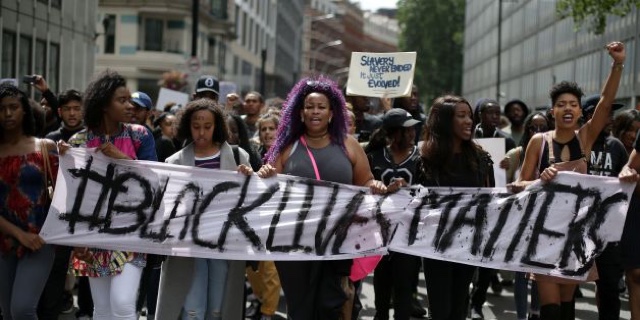 We’ve always criminalized being black. If I had to guess, I would say it started by us white people bringing innocent Africans over on ships as our prisoners a few hundred years ago.
Examine the current prison population, examine the justice system, examine the law enforcement practices. We’ve stigmatized African Americans as a threat, so we lock them up and keep them down and kill them. We’ve proven black lives don’t matter in this country.
I want to say that these cops are horrible, awful anomalies and that’s why they shot innocent men. But what if these appalling choices they made were just their biases playing out? They had an impression of the situation in front of them, of the threat, of their risk and they acted.  They thought these innocent people seemed guilty…but why?
Because we’ve decided black lives are guilty. Black lives are threatening. Black lives are dangerous. Black lives don’t matter.
But, African Americans are not who society has decided they are. They are not the stigma we hang around their necks.
Just because you’re in shackles doesn’t make you a criminal. Just because you’re treated inhumanely doesn’t make you an animal. Just because you’re beaten down and silenced doesn’t make you weak or mean you have nothing to say. Just because you don’t have options doesn’t make you a bad decision-maker.
But we have to recognize the stigma. We have to peel it off the truth.
So, to me, there are two big things here. One, we can’t have our people killed by our protectors! That’s not how it works here where we’re free! We’re the country that people from places controlled by military dictatorships run to! Refugees come here to hide from police who attack without question or conviction. Our protectors are held to ethical standards and can’t just wield their power over the citizens without consequence. This is much of what makes our country special and desirable.
And two, supposedly, this country is not divided by sect and everyone is bound and defended by the same laws. But it’s not happening. The enforcers of those laws are obligated to protect all citizens’ rights, and promote access to justice and safety for everyone…on paper. In practice, that restraint and civility is still extended to some, but not all of our citizens. Not in equal parts to African Americans. Only those (white) citizens who are considered less threatening and who seem worthy of protection, get them.
It’s obviously not just law enforcement that is biased against African Americans.  All the ways that African Americans are marginalized and abused and mistrusted by our systems (justice, law enforcement, health, housing, financial, educational, public services, etc) reflects this lasting terrible impression that black lives don’t matter. Other weapons are used against them every day. The police just happen to be carrying guns instead of refusing jobs or promotions or access to healthcare or real estate as you and I might be doing with our stigmatized beliefs in our own positions.
So what do we do about this? My gut says we listen and promote Afrian Americans into leadership roles so they can tell us what it’s like to be black in this country, and work on fixing it. Outside of that, what can I do about it? It’s huge and it’s scary and intimidating to try to fix such a chronic, painful, hateful situation. I’m looking for suggestions. All I know is I don’t just sit on it feeling shameful and embarrassed and like this is not my fight.
I start by acknowledging my own racism, my biases, the stigmas I’ve attached to black lives. I know I make assumptions, I’ve been fed them my whole life, how can I not? I judge and doubt. I fear those who I’ve been told are frightening.
I’m racist. It’s a dirty word, but there it is. If I don’t figure out the ways I’ve bought the stigma against African Americans, I can’t fix it inside me. I don’t carry a gun, but I carry a medical license. I have to acknowledge my assumptions so I don’t make poor medical decisions based on the stigmas I hold. I certainly could hurt people in my ignorance and bias. My patients need me to know that their black lives matter, to me.
School teachers, lawyers, law makers, business owners, friends, colleages, voters, I think we all need to check our premises, our impressions of African Americans and see how we might not be acting like black lives matters. We talk about institutional racism…institutions are made up of a bunch of individuals. We, individually, can change the narrative on black lives, in order to eventually change the systems.
It’s scary to write on this subject because…well, it’s scary to admit I’m part of the systems that are failing and hurting people. Also, I’m white. I might be getting it wrong. I might be so utterly clueless that I’ve made wrong, dumb conclusions. Someone please help teach me if I’m off the mark.
Also, again, insecurity about writing on such a difficult subject. Is there any point to all these words, words, words? Is there any use to trying to express any of this? I don’t know…but I do think words…they matter. What words will a rookie cop hear around the precinct when discussing African American citizens? If they’re negative, will those words in his head impact his finger on the trigger? I think they could.
We need to agree first that we as a country are operating like black lives don’t matter. Then we need to fix it, individually and system-wide.
#blacklivesmatter 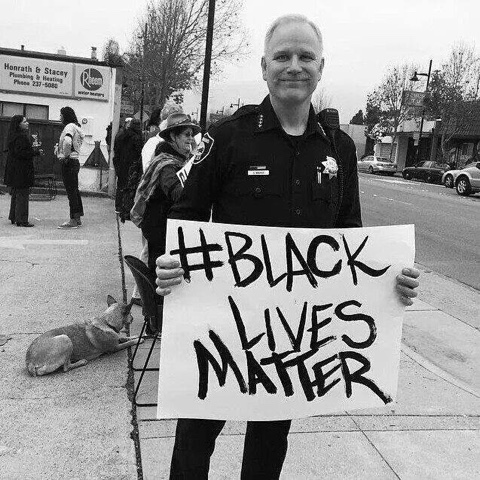 How to Person Justice, Social and Otherwise Marriage is Hard

What Now? What Next? How Hard it is to Person with People.

How to Person Justice, Social and Otherwise Parenting is Hard

Here’s the Thing, Kids. The World is a Hot Ball of Terribleness. Have a Cookie.

Part III Women’s Bodies Not For Men and “Men Are Pigs.”