The Saddest Sad Bastard of All (Ode to Beverly D’Angelo)

By admin on Friday, October 28, 2016
Fourteen years into marriage is like two 7 year itches combined into one wool sweater ant party. Even the extra strength balms (wine, frosting) don’t offer much relief. At this stage of life, the stress is real and the responsibilities are not sexy. We used to be so into each other and look for excuses to get inside one another. Now, any person-in-person action is strictly for prostate health.
Recently, my barely sexually-maintained husband of 14 years told me about a dream that he had. Him sharing this dream with me is still one of the greatest moments of my life, so now I will do you the courtesy of sharing it with you. (You’re welcome). Since hearing it, I have affectionately been calling him, “The Saddest Sad Bastard Of All.”
Apparently he’d been hoping to have some sex when he came to bed that night, and I was, uninterested, as usual, and instead had homelessness or the plight of the sea turtles or something awful on my mind. So we talked tragedy until we fell asleep. Still somehow, with the fortitude of a horny army, he must have fallen asleep with sex on the brain and had a sex dream.
It wasn’t just any sex dream. It was a sex dream about Beverly D’Angelo, in her prime. He kept saying “in her prime” as if knowing that it was the bodysuit and big hair-wearing Beverly D’Angelo from the 1980’s would somehow explain everything.
He didn’t know why he had dreamed about Beverly D’Angelo, in her prime. We hadn’t seen anything out of the National Lampoon vault in ages. I mean, obviously, anyone who grew up in the ’80s watching ‘Christmas Vacation’ and who has seen the deleted scenes from ‘High Fidelity,’ has a healthy appreciation for Ms. D’Angelo (in all her eras), but we don’t have a poster of her above our marital bed or anything.
Yet. 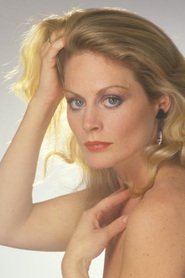 How to Person Marriage is Hard Parenting is Hard