I am a Planned Parenthood Patient.

I’m sitting here thinking about how to write about women’s healthcare without pissing anyone off and I realize, that’s dumb. I can’t. I should just write what I know, and write it clearly.

I will try to be especially careful and level-headed in how I write this. If you’re like me, you feel like words are flying fast from all directions and everything is confusing and muddy right now. It’s hard to know what to believe and to figure out what to feel from the information and “information” that is available.

Everyone is yelling at everyone else to stop yelling. It’s loud.

I am a patient of Planned Parenthood. I went there when I was a teenager because I wanted to start having sex (as people do) and I didn’t want to have children at that time (as many people who have sex don’t).

I chose Planned Parenthood, because they had been around for almost 80 years then (100 years now) and they seemed to know what they were doing. The staff was kind and encouraging to this scared, embarrassed girl, and provided me my first pelvic exam and cervical cancer screening (Pap smear) and my first contraception, which I paid for out of pocket.

It was affordable to me, which I assume meant it was subsidized by their programs, because I was a college student and my waitressing income was limited. I did have health insurance, but it was through my parents and I didn’t feel like I could use that to go to a provider in their network for contraception because I wasn’t sure if I could get away with making the right choice for me without my parents knowing that I was having sex. This was not something I felt like I could share with them.

I went to the appointments alone and took care of the expenses on my own, because even though my male partner and I were having sex together, contraception was my women’s healthcare issue.

My male partner and I had sex for several years without ever having a pregnancy, because of the contraception provided to me by Planned Parenthood.

After I graduated from college,  I was fortunate enough to become adequately employed and received health insurance through my employer, which helped cover my contraception and GYN cancer screenings and other care. I continued to use contraception until I was married and had completed my advanced degree, established my career, and was prepared to be pregnant and raise children. After I had my children, I went right back to using contraception. The cost is currently much lower than I have ever paid, with the Affordable Care Act.

Most of my friends did the same. We went to Planned Parenthood for contraception. Later, we all graduated from college. Many of us went on to get advanced degrees and to support our families with income from our careers. There was over a decade in there where we were all having sex (as people do) and none of us, female or male, were yet wanting to have children.

Before we had our own insurance and adequate finances, we had Planned Parenthood.

Some of my friends did get pregnant unexpectedly. Some went on to parent at a much earlier age than they planned.  It’s been an uphill climb for them, as statistics report it will be, both for the teen parent and the child. Some of my friends chose to terminate their pregnancies with medicine or medical procedures at Planned Parenthood or other safe, legal women’s health clinics.

One thing is for sure- we were all definitely having sex.

Ok, so, I know. Termination. Abortion. I have to talk about abortion now. I know just the word makes people worried and angry and ready to plant their flag. I’m sorry if you’re feeling upset right now.

In addition to the people I personally know who have had elective terminations, I get a chance to talk to a lot of women through my job, and it is very commonly a part of women’s health histories.  I have been a Physician Assistant for almost 10 years and I have taken medical histories on thousands of patients. You may not feel like you know anyone who has had an elective termination, but I promise you do. From teens to women in their 70s, terminations are part of women’s stories. You might not be aware of them, because the women don’t change color afterwards or anything, and it’s not brought up at dinner parties all that often, but you do. Again, I’m sorry if that is upsetting to you, but it is the truth.

And making it illegal only means the terminations women will continue to have, will not be safe.  And here.

So, I am a Planned Parenthood patient.  And So Are You. And You. And So Is Your Girlfriend. And Your Wife. And Your Mother. And Your Grandmother.

So why am I talking about this now?

Access to women’s healthcare, including contraception, abortion services and cancer screening is at risk here in the U.S, and across the world. In this country and in others that we help support, these services can mean the difference of life expectancy, equality, personal and financial independence, education, and more.

Above is one easy, breezy story from my easy, breezy life. For many women in our country and in other parts of the world, organizations like Planned Parenthood are literal life-savers.

1. When people have sex, which they do, the male partner might impregnate the female partner unless there is a physical or hormonal barrier to prevent that pregnancy from occurring.

(Notice, after this point, we stop talking about the male partner’s role, because that is variable. It has now become a women’s health issue).

2. If the pregnancy occurs, the female then either carries the pregnancy, with all its potential complications (seizures, hemorrhages, ruptured organs, pelvic floor injuries, etc) and outcomes, and delivers a child she must provide for for its lifetime, or grant to someone else to provide for,  OR, she terminates the pregnancy with medicine or medical procedure, with all its potential complications and outcomes (hemorrhages, perforated organs, etc).

3. The U.S president just signed the “global gag rule,” an order pertaining to organizations that provide women’s healthcare internationally. This will block U.S funding for international family planning charities unless they agree not to discuss abortion with their patients in any way.

This has been done before, with disastrous results. “In 2001, when President George W. Bush imposed a more limited version, 16 developing countries lost shipments of contraceptives from the U.S. Stanford University researchers found that the Bush version of the policy reduced contraceptive use in Africa — and increased abortion rates.”

According to the Huffington Post, “The United States spends about $600 million a year on international assistance for family planning and reproductive health programs, making it possible for 27 million women and couples to access contraceptive services and supplies. None of that money is spent on performing abortions. The Helms amendment has prevented U.S. tax dollars from funding overseas abortions since 1973.”

“In poor countries, the most dangerous thing a woman can do is become pregnant…Marie Stopes (an organization like Planned Parenthood International) estimated that if it cannot find replacement funding, the new policy will result in 6.5 million unintentional pregnancies, 2.2 million abortions and 21,700 women dying in pregnancy or childbirth.” This is all in this article from the New York Times today, which does a beautiful job of outlining why pregnancy prevention and access to elective termination is essential to women’s survival.

4. That is the ultimate goal of women’s healthcare, is it not? Keeping women alive? Pregnancy, delivery and terminations can all be deadly to a woman depending on her conditions and the care she receives. She should be able to decide whether or not to put herself at that risk. She should have control over her pregnancy or not pregnancy.

5. They are protesting against Planned Parenthood. Again. Still. I am telling my story and sending them support, because I am extremely grateful to Planned Parenthood for making contraception available to me when I did not have my own health insurance and had limited funds. In my life, it was my desire to have sex (as everyone does) without getting pregnant that made me a loyal fan of Planned Parenthood, but now that I see how much they do for how many people, I want to support them even more. 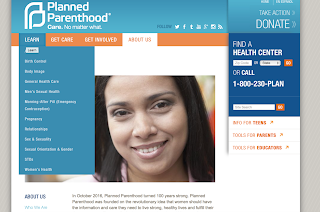